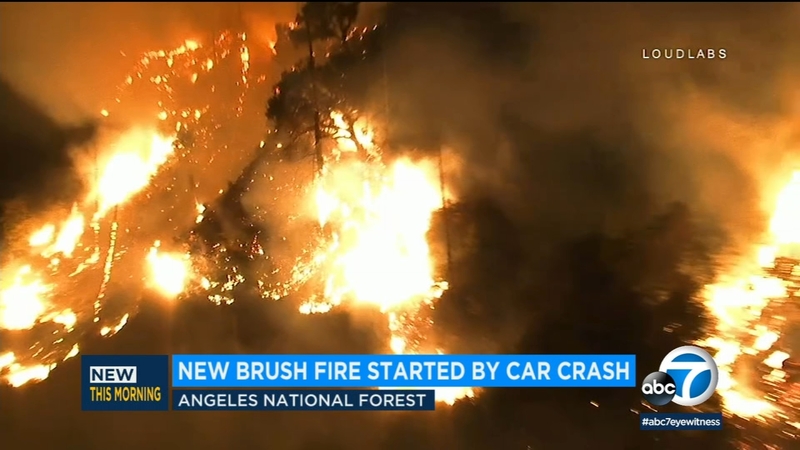 ANGELES NATIONAL FOREST (KABC) -- Two people were injured after a vehicle drove off the side of Highway 39, causing a brush fire to erupt in the Angeles National Forest.

The fire erupted at about midnight Tuesday near the Crystal Lake Campground area, according to the Los Angeles County Fire Department. Officials said the driver lost control and went over the edge of the highway.

L.A. County Fire said the two people were transported with significant injuries as the blaze was burning about 5 to 7 acres at a moderate pace. The fire was 50% contained by 5 a.m.

There were no evacuations ordered due to the fire.

The Angeles National Forest is handling the incident.

As many as three helicopters conducting water drops and five engines were at the scene for the fire.