Angels reach deal to purchase Angel Stadium for $325M, stay in city through 2050 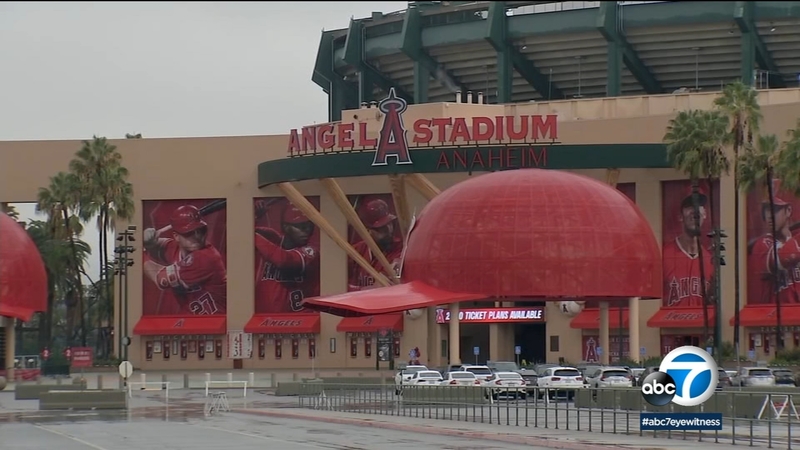 Angels reach deal to purchase Angel Stadium for $325M, stay in city through 2050

ANAHEIM, Calif. (KABC) -- The Los Angeles Angels announced a proposed deal with the city of Anaheim that will keep the team in town through 2050, officials said Wednesday.

"After years of uncertainty, we have a path forward for baseball in Anaheim," said Mayor Harry Sidhu.

Through the deal, the city would sell the stadium and surrounding property to the Angels for $325 million. The city has owned the 153-acre property, which includes the stadium, since 1966, a spokesperson said. The team would also have an option to stay another 15 years.

"This is the new trend that relieves cities of some of the responsibility that comes with owning a sports facility," said Anaheim city spokesman, Mike Lyster.

Currently, the city shares part of ticket and parking revenue and has to contribute about $1 million every year to stadium improvement projects. This proposal would wipe that clear.

Also in the proposal is a plan for more affordable housing, parks, public spaces, and prioritizing Anaheim residents for construction jobs -- plus revitalizing an area called the Platinum Triangle with shopping, dining and entertainment.

Angels owner Arte Moreno released a statement saying "Today is the first step in enabling us to invest in our future by building a winning team and delivering a high quality fan experience."

The team's future in the city had been in question after the city of Long Beach offered to build the Angels a new waterfront stadium. However, city officials were aggressive in their efforts to keep the team in Anaheim.