For some of the budget, Kalia Love Jones used her savings and cash she saved up from recycling. It all came together.
OTRC
By George Pennacchio 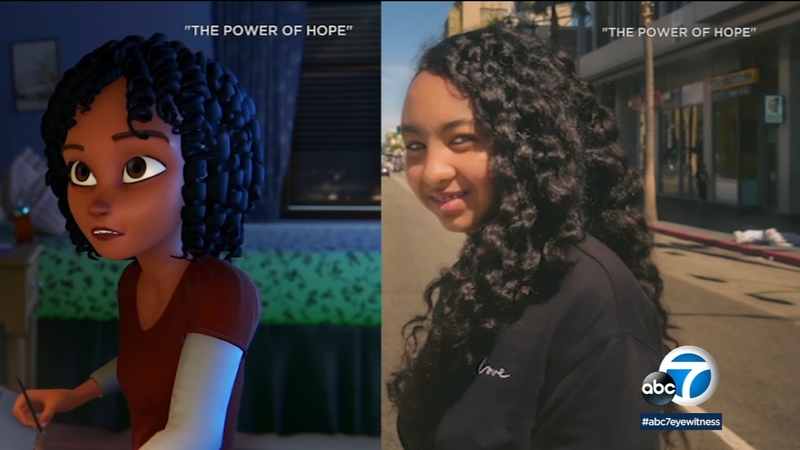 SANTA CLARITA -- A Santa Clarita teenager is hoping she'll get to go to The Oscars next year as a nominee. Kalia Love Jones is behind an animated short film that's now on the festival circuit.

"The Power of Hope" was written, directed and produced by now 14-year-old Jones. It was inspired by a Michelle Obama speech and it tells the story of a young woman with big dreams.

Those obstacles include getting people to be involved in your movie.

"I don't know anyone in the industry. So, this was just kind of like, this is like a completely new thing to me and my family," said Jones. "We would go to colleges and talk to people and send out emails but not a lot of people wanted to work with a 13-year-old so that was a really hard part of the process of making the film."

For some of the budget, Kalia used her savings and cash she saved up from recycling. It all came together.

"The Power of Hope" has made its way into Academy Award-qualifying film festivals, including the HollyShorts Film Festival, where it was screened online Saturday.