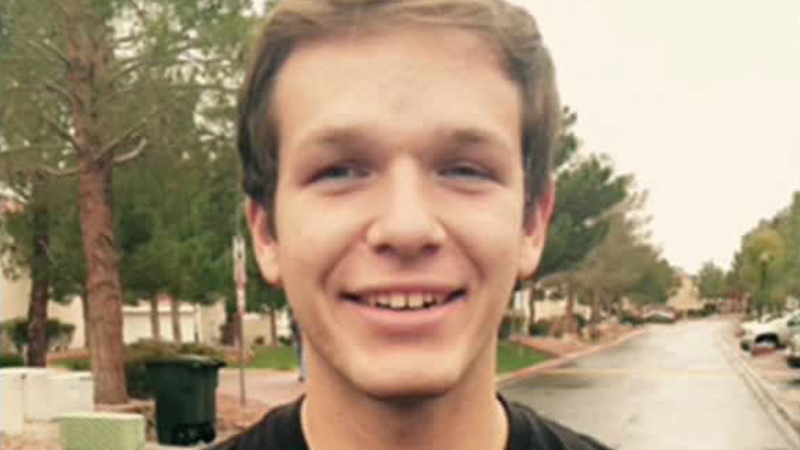 LAGUNA BEACH, Calif. (KABC) -- The family of an 18-year-old teen who disappeared into the waters of Laguna Beach mourned their loss on Friday as the search for his body was called off.

Anthony Parnell, his girlfriend and two others were walking near the tide pools on Sunday, when heavy surf pushed Parnell into the water. He disappeared into a huge crack in the rock and has been missing since.

The Parnells have waited on the beach every day, watching the exhaustive search.

"Spiritually, I wanted him to know I was there," mother Jennifer Parnell said.

Despite the danger, the area is popular on social media. His parents believe that's how their son found out about it.

"There's signs over there that says, 'No trespassing.' Don't go. Don't go. There's a reason," father Foster Parnell said. "They should not have been there."

The Parnells say the Nevada teen loved football, was close to his four brothers and sister and had just signed up for the U.S. Army. They added that their son was a dreamer who always wanted to be well-known. They never imagined it would be this way.

"This is where Anthony will be left," Jennifer Parnell said. "This is his kingdom, this ocean, and we'll always be back here to visit him."

The Parnells are expected to return home to Nevada this weekend.