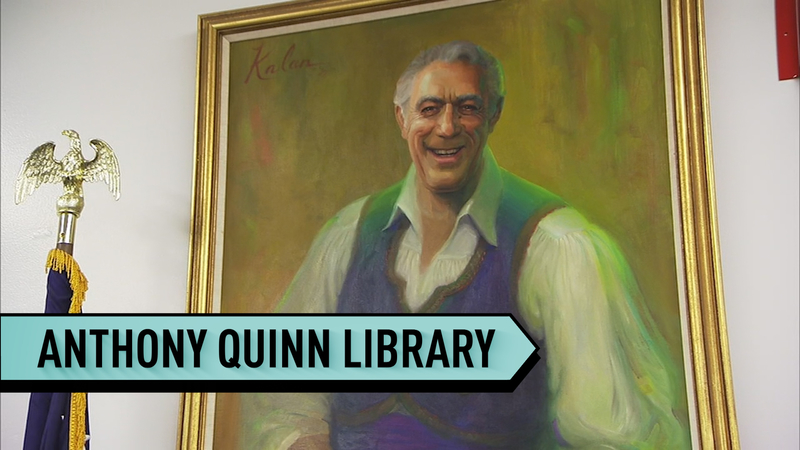 LOS ANGELES -- Located in the heart of the East Los Angeles neighborhood in which Anthony Quinn was raised, a public library bearing the late actor's name is a reminder to locals that anything is possible.

Quinn was originally from Chihuahua, Mexico. His family migrated to El Paso, Texas before settling in East Los Angeles. The Academy Award-winning actor played many different roles of varying ethnicities. He is celebrated for his versatility in acting but was just as versatile in his personal life.

"In addition to being an actor, my father was also an accomplished architect, a painter, a sculptor and an artisan." said Alex Quinn, the actor's son. "He was also always reading multiple books at a time. Having this library means the world to us. It's probably the best compliment to him."

"When he was in talks of having this library named after him, he wanted classes for the youth to let them know that they weren't confined," said library manager Mariko Farinacci-Gonzalez. "So they could say 'this is what I'd like to learn, and I can learn it.'"

The library has many personal artifacts belonging to Quinn, including wardrobe from different movies, and pieces of art which he created.