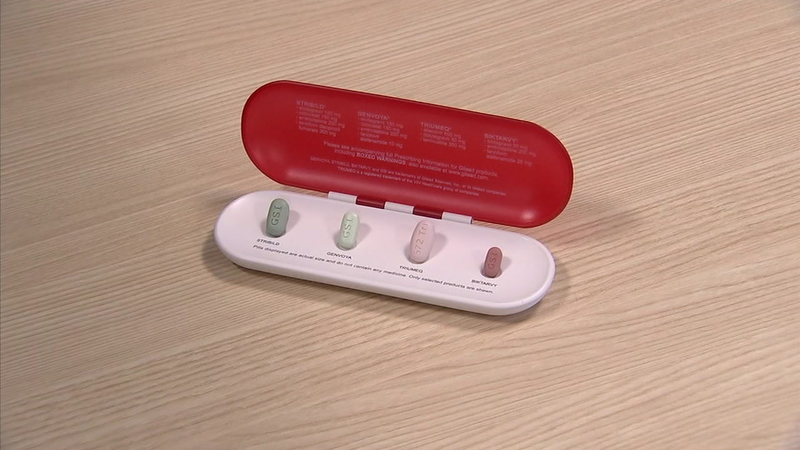 LOS ANGELES (KABC) -- Even with advancements in HIV treatment, there is still a stigma, but helping people live with HIV and thrive is the mission of APLA Health.

Fitness competitor Raif Derrazi, 33, of Los Angeles is in incredible condition. "I can honestly say I'm healthier than I've even been in my life," he said. But six years ago, Derrazi was diagnosed with full-blown AIDS.

"At the time, I didn't have health insurance. I was in a three-and-a-half year monogamous relationship at the time, or so I thought," Derrazi said. Just taking one pill a day brought Derrazi's viral load down to undetectable levels.

Today he spreads awareness on social media. "When you're HIV undetectable, there is no trace of the virus in your blood, so that means you can't transmit it to anyone else," he said.

In Los Angeles County, about 60,000 people have HIV, but only 60 percent are receiving care. Some don't know they have HIV. For others, fear is keeping them away from seeking medical help.

The medical director of APLA Health, Dr. Jay Gladstein says, "Stigma can be one of those barriers that gets in people's way and prevents them from doing what they need to do." He said advances in medicine are causing a paradigm shift in the way public health officials view HIV. "When a person takes their medication, they're risk of transferring HIV to their sexual partners goes down to zero," Gladstein said. "That's really a pretty revolutionary statement."

The CDC campaign "U equals U" or "undetectable equals untransmissable" hopes to drive this message home.

"Self acceptance is so important," Derazzi said, "And we're showing that we're normal, we're healthy. Life is good. It doesn't have to be this negative oppressive stigma."

APLA Health is expanding with the hopes that more people with HIV will come forward. With the opening of their new facility in Mid-City area of Los Angeles, the clinic's staff hopes to nearly double the amount of patients they can treat.