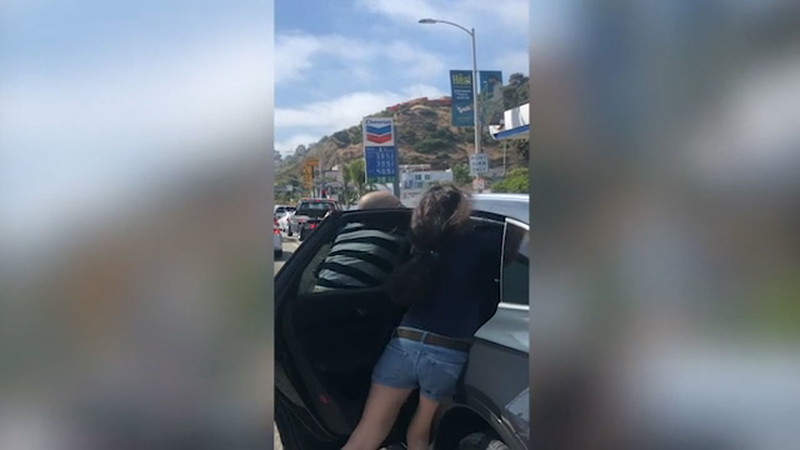 Video shows the man appearing to grab the driver of the other vehicle by the shirt and pull him. It appeared he was attempting to pull the driver out of the vehicle.

The woman is seen opening the car door and throw punches and an object at the driver.