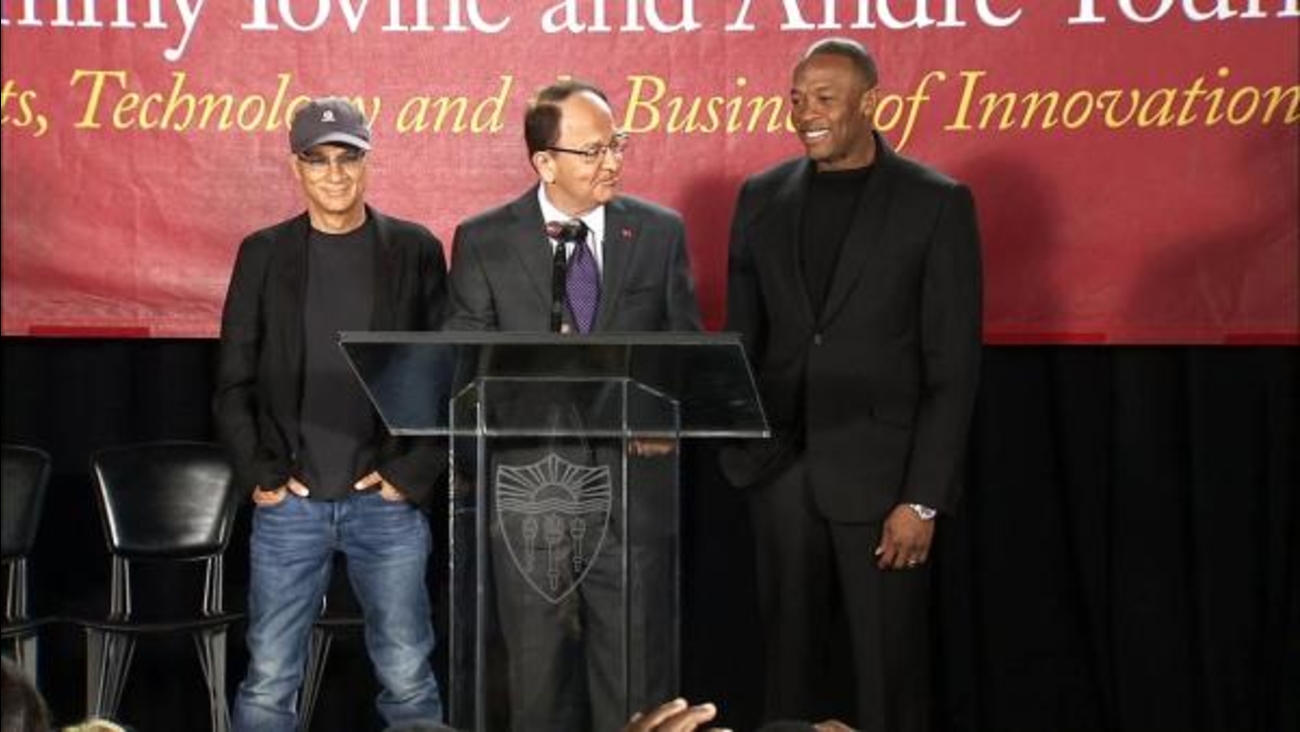 Music producer Jimmy Iovine (L) and rapper-producer Dr. Dre (R) at the University of Southern California on May 15, 2013.

Thursday's deal is the most expensive acquisition in Apple's 38-year history. The move is seen as a counter to the threat to Apple's iTunes store.

The deal, expected to close before October, had been leaked about three weeks ago. The price came down to $2.6 billion cash and $400 million in Apple stock.

"We have known these guys forever," Cook said of Iovine and Dre. "We've dated, we've gone steady and now we are getting married. This relationship started a decade ago, so we know there is an incredible cultural fit. These two guys have a very rare set of skills. It's like finding a particular grain of sand on the beach. It's that rare."

Iovine, 61, and Dre, 49, will both become key executives in Apple's music divisions, though Cook said their roles haven't been determined yet. Cook indicated Beats' music streaming service was the main selling point in the deal, though the headphone line also is expected to continue growing, too.

"To complete our dream, we needed a company like (Apple)," Iovine said in an interview. "We couldn't finish this on our own."

ITunes Radio has 40 million listeners will continue as a free service with ads while Beats Music will try to tap into the more than 800 million accounts to sell more subscriptions to its customized service. Beats Music currently has more than 250,000 subscribers, Cook said. That's well below the more than 10 million paying customers that Spotify's streaming service boasts.

Beats was founded in 2008 by Dr. Dre, whose real name is Andre Young, and Iovine, a longtime recording industry executive who is stepping down as chairman of Universal Music Group's Interscope Geffen A&M Records to join Apple. It now dominates the luxury headphone market. Its equipment also has been a big seller in Apple's stores.

"To be able to do something that could potentially change the world, I'm thrilled," said Dre.