Apple CEO Tim Cook talks about the new Apple Watch during an Apple event on Monday, March 9, 2015, in San Francisco. 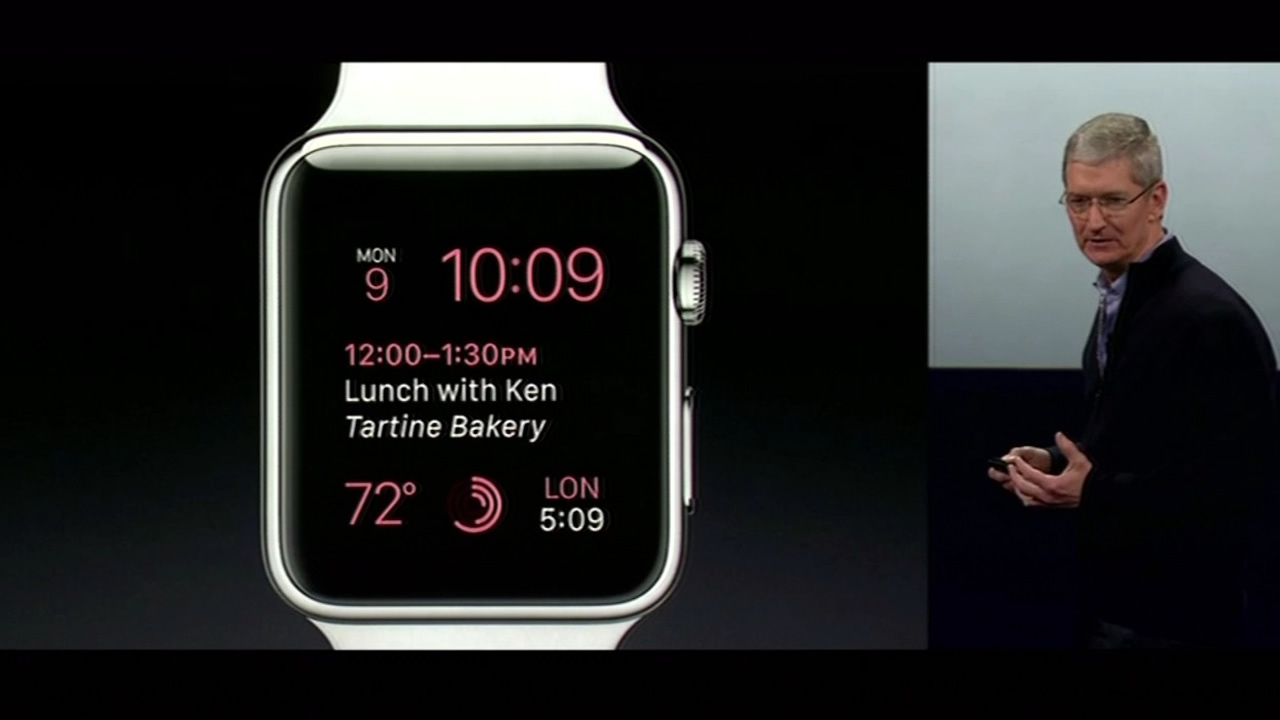 The Apple Watch will go on sale April 24 (with pre-sales beginning April 10). The starting price for the new Apple device is $349, but the limited quantity, 18-karat gold Apple Watch Edition will ring up at $10,000.

Apple CEO Tim Cook promises the watch will do it all -- take calls, display emails, track your health and help you stay in touch with friends -- as long as you day is only 18 hours long (that's the battery life). Oh, and it tells time too.

Monday's event came with the usual parade of Apple executives showing off the new device's features, but there was one special guest -- Christy Turlington Burns. The super model-turned activist was given an early version of the Apple Watch, which she used while running a half-marathon on Tanzania.

"In the short time I've been using it, I can already see how this is going to be an important part of my life," Burns said in a video about her race shown during the Apple event.

Also announced Monday was a new MacBook. The new 2-pound, 13.1 mm laptop is the company's lightest, skinniest, quietest and most energy efficient MacBook ever. And it also now comes in gold.

AppleTV saw a price cut, down to $69 from $99. With it came the announcement of HBO Now, a stand-alone streaming service. The service will cost $14.99 monthly and comes just in time for the new season of the hit show "Game of Thrones."

Apple also dedicated time to tout the early success of ApplePay, which it says is now being accepted at almost 70,000 locations, and ResearchKit, a software framework to advance medical research by simplifying communication between doctors and researchers and patients.

The Apple Watch is the first major product release for Apple since the iPad in 2010 and since Steve Jobs' death in 2011. Jobs' widow Laurene Powell Jobs was in attendance at the San Francisco event Monday, as was former Vice President Al Gore.

Apple says it now has 453 Apple retail stores in 16 countries and recently sold its 700 millionth iPhone.