Authorities continue to search for a 5-year-old boy who was last seen by his mother more than a week ago in Baldwin Park.

SOUTH PASADENA, Calif. (KABC) -- Authorities continue to search for a 5-year-old boy who was last seen by his mother more than a week ago in Baldwin Park.

Investigators have expanded their search to other counties and states. They have also informed U.S. customs about the situation in case anyone has tried to take the boy out of the country.

Aramazd Andressian Jr was last seen by his mother on April 15, when she turned him over to his father at the Baldwin Park police station.

The couple are in the process of divorce and a custody battle, according to authorities. As part of the split custody, Aramazd has two Skype sessions a week with his parents. His mother said she saw her son during the scheduled session on Tuesday, but did not see him on Thursday.

According to authorities, the child was taken to Disneyland on Thursday, but did not have any information of someone seeing the child after that.

When his father, Aramazd Andressian, did not report to drop off his son in San Marino Saturday, the mother reported the incident to police. Authorities then found that a car had been impounded by South Pasadena police that belonged to Andressian.

Authorities said around 6:30 a.m., Andressian was found unconscious near his car at Arroyo Park. He was hospitalized for a short time and then released. Authorities then questioned him for several hours before arresting him on suspicion of child endangerment and child abduction.

South Pasadena Police Chief Art Miller said Andressian appeared to have a "selective memory" when trying to recall what happened to his son.

Police and bloodhounds searching the park four times for the child, but based on Andressian's information it was unclear if the little boy was ever with him at the park. Authorities did learn that Andressian's BMW was spotted in Orange County on Friday.

Andressian has ties in Armenia, but authorities said they did not have any indications that he's attempted to go out to the country.

He is being held on $10 million bail and scheduled to appear in court on Tuesday. 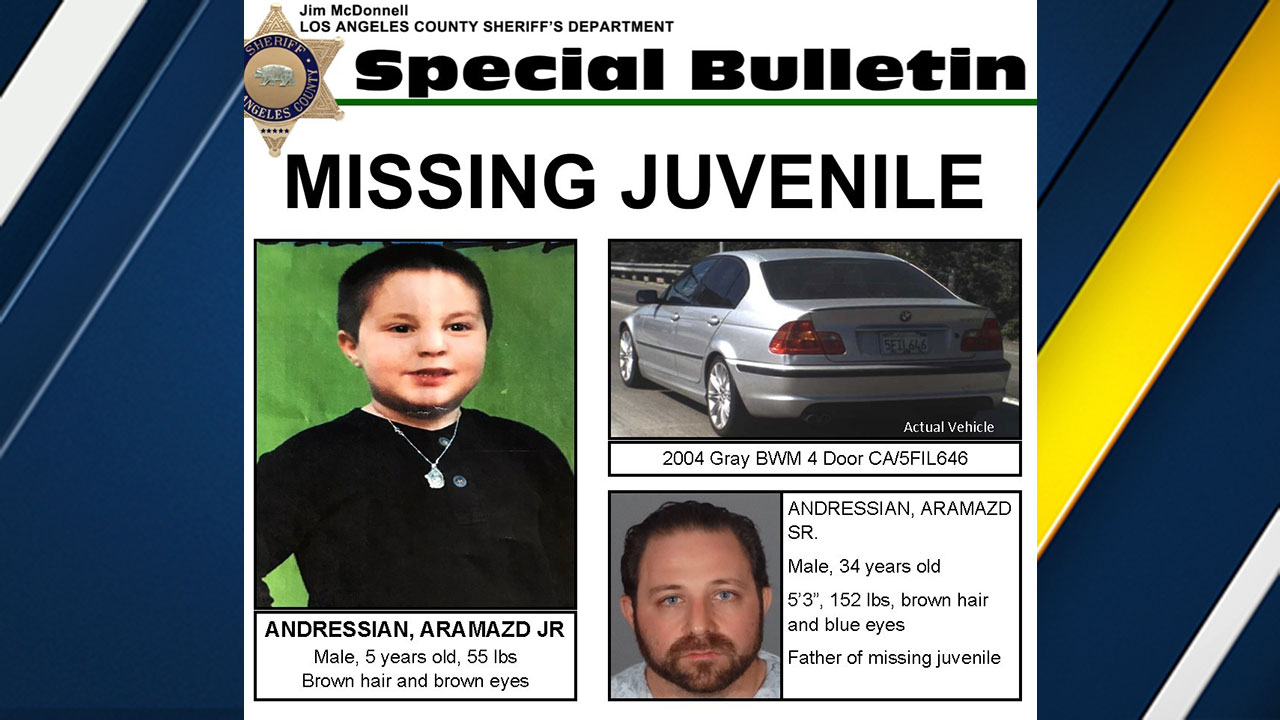