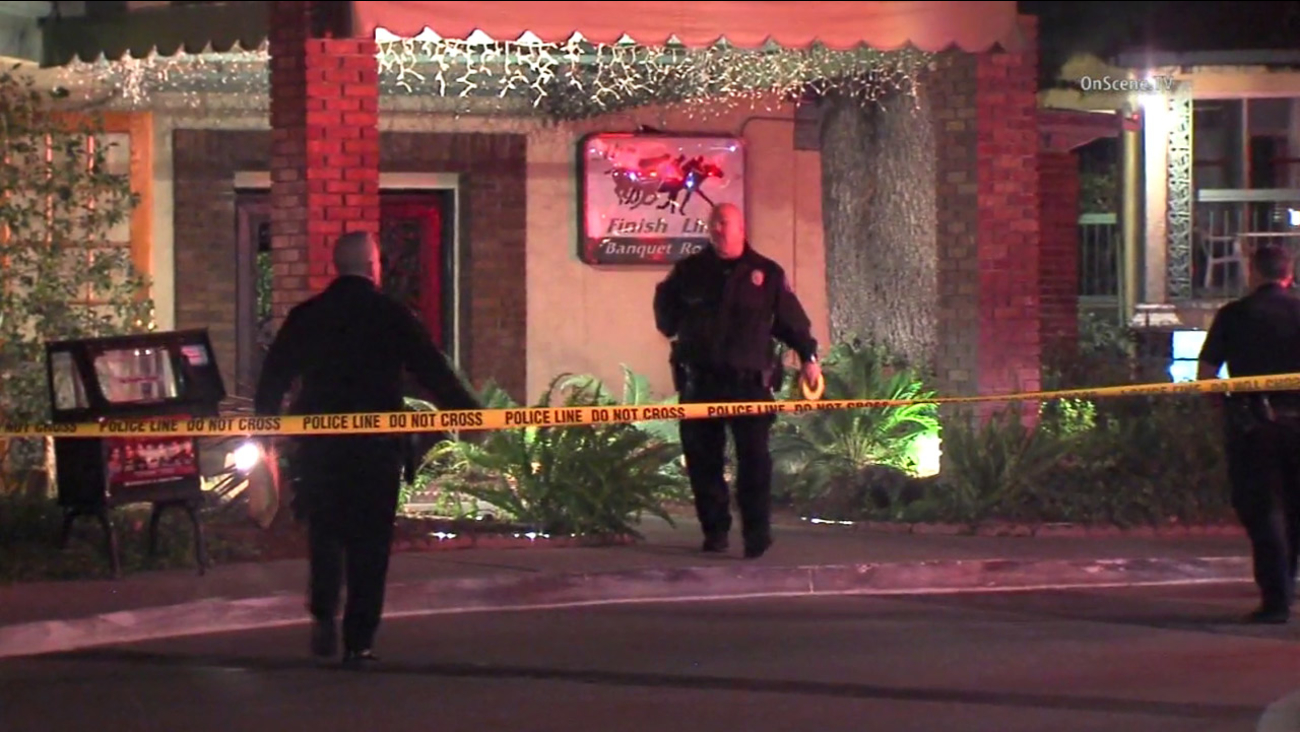 Authorities cordoned off an area at an Arcadia motel after an armed robbery suspect made off with money on Monday, Dec. 21, 2015. (KABC)

Authorities received a call around 1:57 a.m. about a robbery at the Santa Anita Inn, 130 W. Huntington Drive. The night clerk called reporting a suspect had entered the lobby, forced the clerk into a back room and showed him a handgun.

The male suspect then hit the victim on the head with a gun, causing minor injuries. He also tried to restrain the clerk but was unsuccessful.

The suspect quickly left the victim alone, stole an undisclosed amount of money from the register and left the lobby. It was unclear how the suspect got away, authorities said.

The victim was taken to a local hospital and was treated for minor injuries to his head.

The suspect is described as a 30-year-old black man, 5 feet 10 inches tall, with a thin build. He was wearing either a dark colored hat or a dark hooded sweatshirt and black pants.