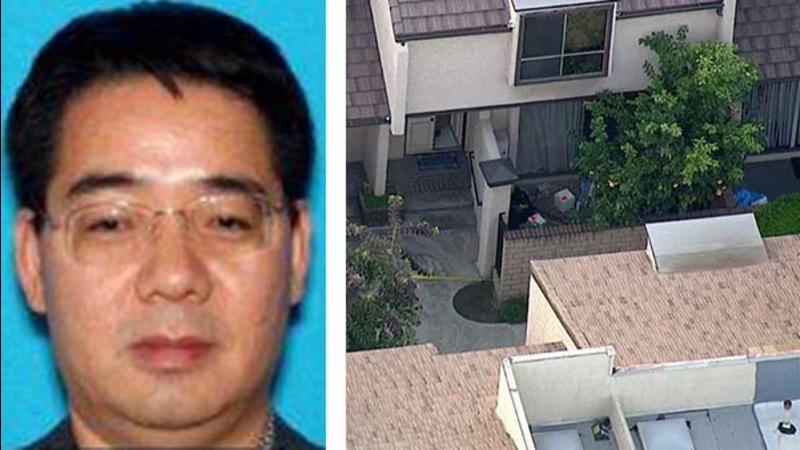 ARCADIA, Calif. (KABC) -- Two teenagers were killed in Arcadia on Friday, and sheriff's deputies said their uncle, who is wanted in connection with the double homicide, boarded a plane to China.

Deputies said the body of the teenage boys, ages 15 and 16, were found in a home in the 400 block of Fairview Avenue.

The parents of the victims found their bodies on separate levels of the home Friday afternoon, police said.

The teens suffered blunt force trauma, and according to officials, there were signs of forced entry into the home.

Deputies said the parents of the teens had gone to check on their aunt in the La Canada area Thursday evening after her husband, Deyun Shi, assaulted her with a wood splitting tool.

The teens' aunt had filed a restraining order against Shi, 44, and had started divorce proceedings, the sheriff's department said.

The parents of the teens returned home after checking on their aunt and went to bed, stating nothing seemed out of the ordinary, deputies said.

They discovered their bodies when they woke up the next morning, according to investigators.

Neighbors and friends identified the teen brothers as William and Anthony Lin, but officials have not released their names.

Shi boarded a plane to Beijing Friday morning, and deputies said the FBI is working to detain him at customs.

His vehicle, described as a gray 2015 GMC Yukon, was found at Los Angeles International Airport, according to police.