Couple claims their dogs were murdered

kabc
By ABC7
ADELANTO Michael Daniels had a hard time holding back his tears as he talked about what happened to his 7-month-old pit bulls last Friday morning.

Adelanto police responded to a call to help out Animal Control. The dogs according to authorities were acting vicious.

Bean bag rounds were first shot at the dogs to control them, but that did not work.

"They pulled the gate open and said, 'I am going to shoot this dog if it comes at me.' Of course you are in the dog's backyard and you are violating his space. Apparently it would seem from the aftermath that they had shot the dogs. The dogs tried to run back here and come into their shed and they just murdered them," said Daniels.

Staci Johnson, a spokesperson for the Adelanto Police Department, says that the two officers feared for their own safety and that is why one of the dogs was shot and killed.

"One of the dogs actually attacked and bit the bean bag gun of the deputy. So they had to do everything they could to fend the dogs off," said Johnson.

"They didn't bite or hurt anybody. Even if the dogs bite somebody they are suppose to quarantine the animals for 72 hours and have an investigation to find out what happened. But they didn't even do that, they just slaughter our animals. I don't understand why," said Daniels.

The four remaining dogs were taken by Animal Control and put to sleep.

"The Animal Control officer did make the determination that they were vicious dogs. Under state laws and city codes if that determination is made then the animal can be destroyed for public safety purposes," said Jim Hart, Adelanto city manager. 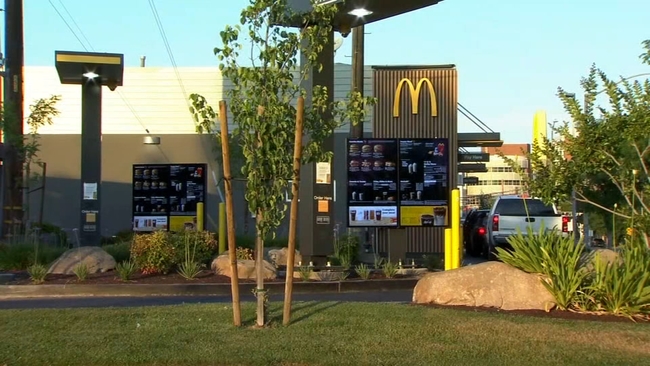