kabc
By ABC7
LOS ANGELES The number of cops is up, crime is down. /*Los Angeles Police Chief William Bratton*/ says that's no accident.

"Having enough cops to deal with crime is critical to that effort," said Bratton. "I think some of the city's councils proposals are very short-sighted."

"Once again the political leadership of this city has told a lie," said Bratton. "They told the public we were going to grow this department with your tax dollars. Well, if they're going to shrink the department, well, they better give those tax dollars back."

With the city facing a huge budget deficit, officials say they don't have the money.

"We need major change. We cannot afford to continue to hire the new officers right now," said /*L.A. City Councilman Greig Smith*/. "We're not cutting the department, but we're not going to hire anymore right now, and that is the appropriate thing to do."

/*Mayor Antonio Villaraigosa*/ made it his goal to increase the number of officers to 10,000. But city council members say with talk now of furloughs there's no reason to continue attracting recruits.

"Well, if they're going to shrink the department, well, they better give those tax dollars back, and if the public lets them get away with it again this time, well, I'll be watching with great interest 3,000 miles away as the crime rate goes up and I'll sit over there and say, 'I told you so,'" said Bratton.

One proposal will eliminate the November class of new police recruits. City council members say they'll now monitor the levels on a monthly basis to make sure it stays at 10,000 officers. 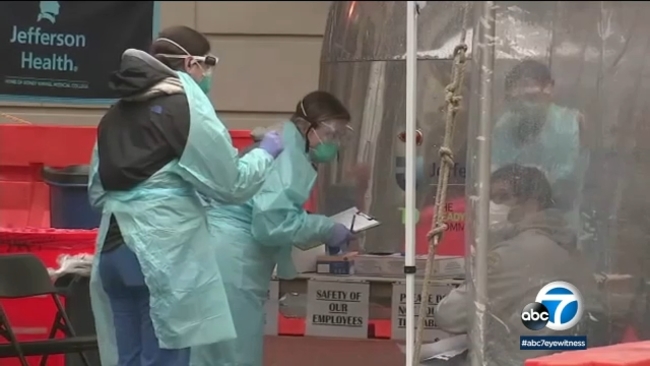