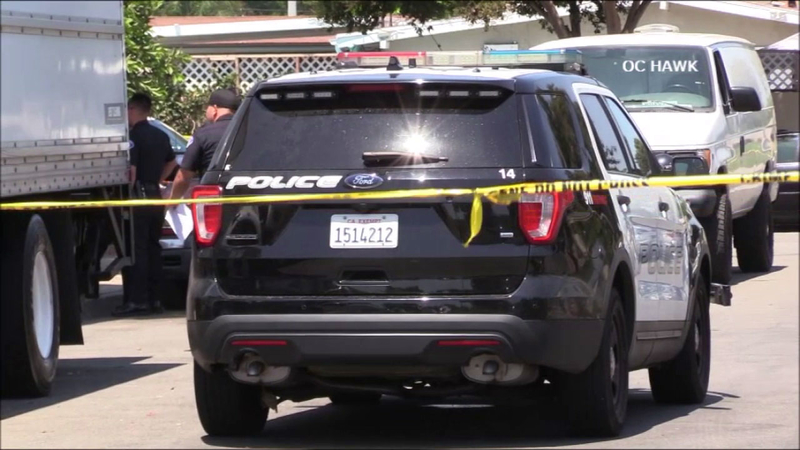 GARDEN GROVE, Calif. (KABC) -- A Garden Grove homeowner armed with a handgun helped catch a suspected burglar who broke into his neighbor's home - and may have shot a second accomplice who got away, police said.

Police say it appears two men broke into an unoccupied home in the neighborhood, but were scared off by an alarm.

A neighbor came home and saw two men jump the fence into his own backyard.

That resident had a handgun and confronted the men whom he believed had tried to break into his neighbor's house, police say.

He tried to detain the two men and his gun went off during the struggle. One suspect was tackled and held by the neighbors while another got away and drove off in a black Lincoln Navigator with paper plates.

That suspect who got away may have been struck by gunfire, police say.