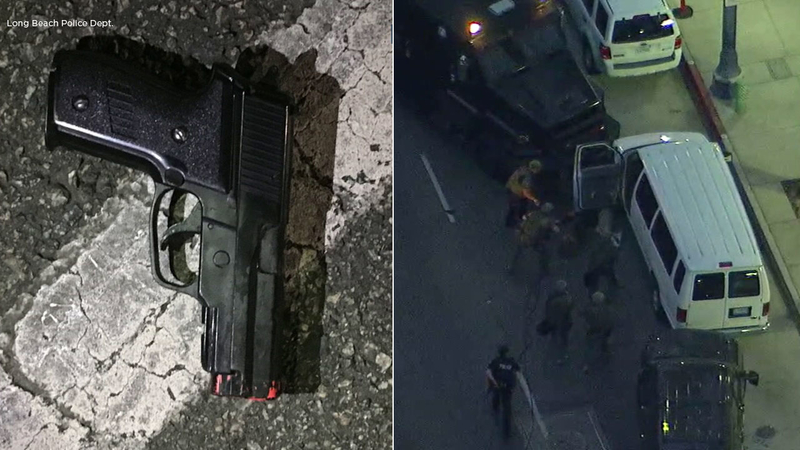 Officers were dispatched to Long Beach Boulevard and 4th Street shortly before 4 p.m. after a 911 call from a "hysterical female" who advised authorities that her husband was armed and at a federal building.

Police located the man in a van armed with a handgun in the 300 block of Ocean Boulevard.

SWAT officers were at the scene and negotiating with the suspect, who at one point appeared to be holding a gun in his hand while standing with his arms up.

The suspect allegedly told officers he had explosives and reportedly threatened to blow up the federal building, prompting the Los Angeles County Sheriff's Department Explosives Detail to respond. No explosives were ever found, officials said.

The standoff ended when officers fired at the suspect and a K-9 appeared to bring down the man. Officers used less-than-lethal force before firing lethal rounds, authorities said.

The suspect was taken to a local hospital and later pronounced dead, officials said. No officers were injured in the incident.

Long Beach Mayor Robert Garcia tweeted City Hall was on lockdown during the standoff and said everyone in the building was safe.

The suspect is in a white van in front of City Hall on Ocean. The LBPD has secured the area and we are on full alert. Again, avoid the area please.