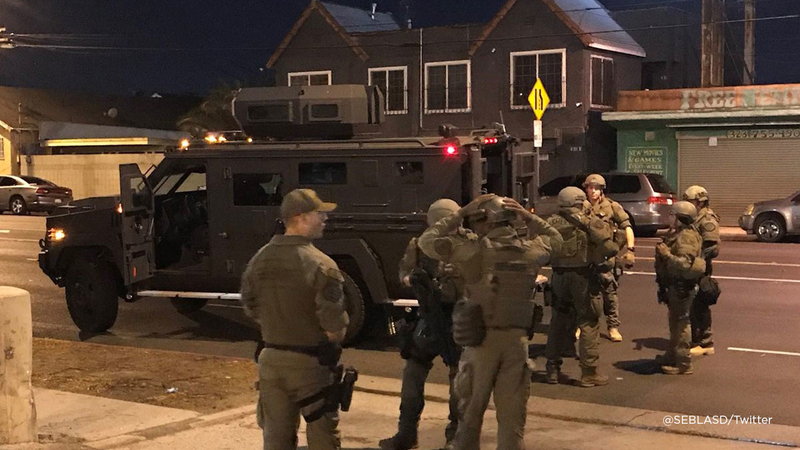 WESTMONT, Calif. (KABC) -- An armed man is in custody after being barricaded inside a home in the Westmont area for several hours early Monday, according to the Los Angeles County Sheriff's Department.

Authorities responded to a call of shots fired in the 1300 block of W. 97th Street shortly after 11 p.m. No injuries were reported in the incident.

Sheriff's officials said an armed man was inside the home and a crisis management team and LASD K-9 unit were at the scene to try to get the unidentified suspect to surrender.

Surrounding homes were evacuated and drivers were asked to stay out of the area during the standoff.

The LASD Special Enforcement Bureau tweeted at about 4:45 a.m. that the situation concluded with the suspect in custody.