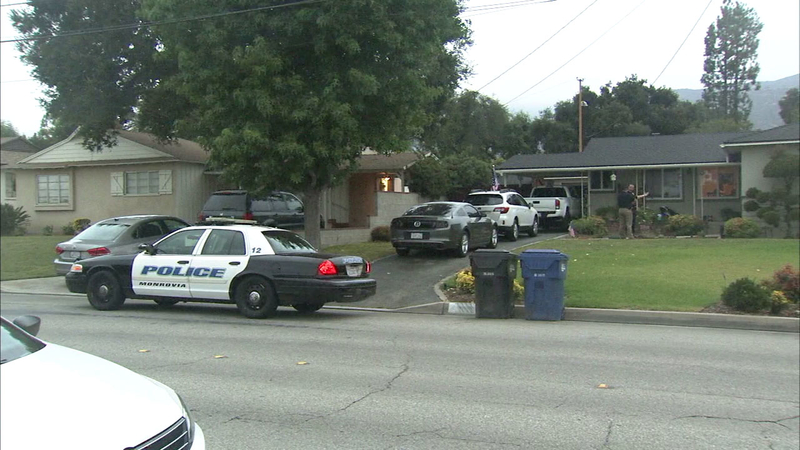 Authorities received a call about an armed robbery shortly before 2 a.m. in the 1000 block of East Lemon Avenue. Four men were suspected of breaking into the home while a family of four slept inside.

According to police, the suspects broke into the back door of the home, wearing hoodies that partially covered their faces. The suspects told the family to lie facedown on the floor as they made off with guns and a laptop, police said.

Police searched the neighborhood for the suspects, but could not find them. No further information was available. No injuries were reported.

Authorities are looking into whether this home invasion may be connected to a similar home invasion that happened in Arcadia last week. Two people were asleep inside their home when three armed suspects broke in, demanding cash and other items. No one was hurt in that incident.