Thousands of SoCal Armenians protest election results in their homeland 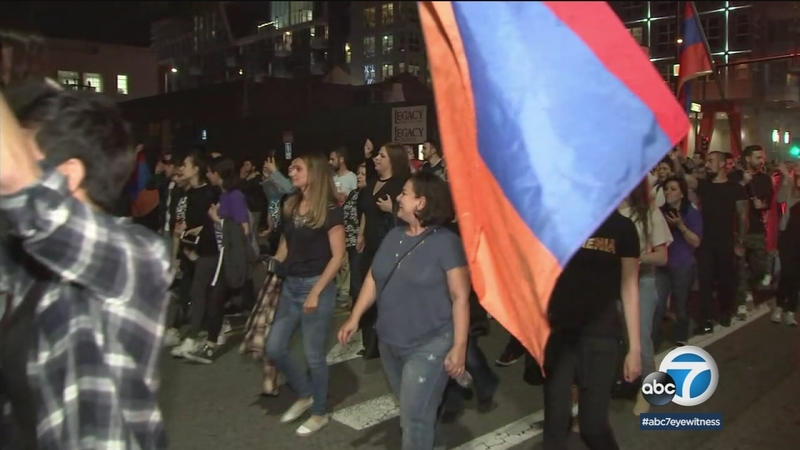 GLENDALE, Calif. (KABC) -- Thousands of Armenians marched in Glendale Sunday night to protest the election results in their native land.

An estimated 5,000 marched in solidarity with the people in Armenia who have been protesting the election for days.

They say the election was rigged to keep the former president in power as the new prime minister. They want Serzh Sargsyan to resign.

"We have almost a dictator, who has served his term but refuses to give up his seat," said Marco Khan of Glendale, who participated in the march. "All these people in Armenia are doing a peaceful demonstration to stand up against him and his regime."

Some of the demonstrations in Armenia have turned into clashes with police, leading to the arrests of demonstrators.