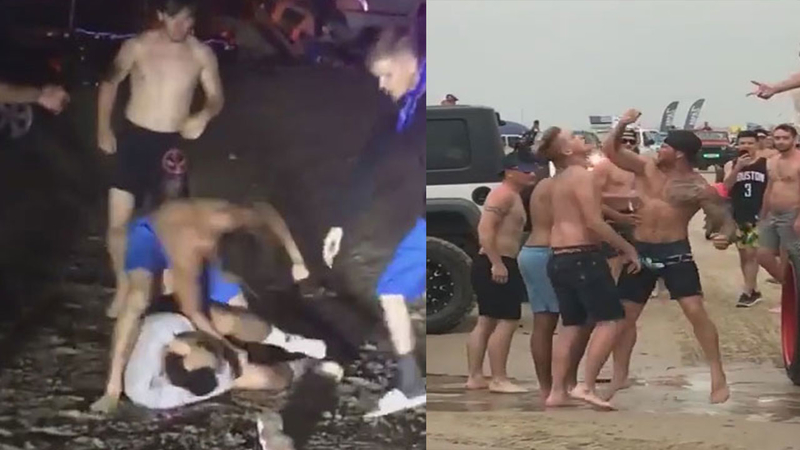 It's an annual gathering of Jeep, ATV and big truck enthusiasts, and it brings thousands of people to the Crystal Beach area. This year the event was forced to bring in extra law enforcement, and medical response crews from surrounding towns and counties.

Sheriff officials told ABC13 that 621 calls for service were made and most were directly related to the event.

A woman posted on social media that her son was one of those in critical condition with head trauma, including bleeding of the brain, stating that he was in a coma, and needed prayers because he had a son of his own. He had fallen off a truck and was struck by another driver, she wrote.

Videos were posted of fights on the beach Saturday night. "There's a lot of drunks and a lot of partying. A lot of young kids just going wild," said Amanda Holbrook, who's been to 'Jeep Beach' weekend several times.

A medic said 105 ambulance calls were logged by Sunday afternoon and most were directly related to the event.

The Galveston County Sheriff's Office confirmed 126 arrests Wednesday through Sunday at the Bolivar Peninsula with dozens of those arrests made for intoxication.

Due to the events, Stingaree Restaurant announced that they will be closed Sunday due to "the safety of our employees."