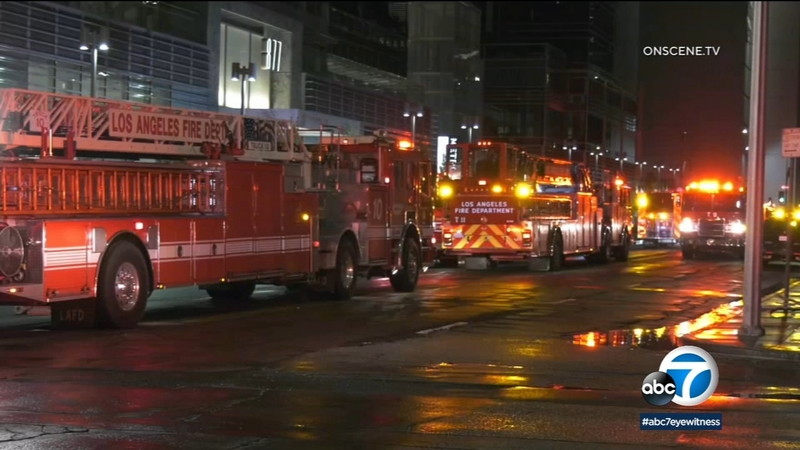 The blazes were reported around 11 p.m. in the Metropolis, a 42-story apartment building on Francisco Street.

Investigators say multiple fires were set on floors 21 through 23.

One person was taken into custody after being spotted lighting pictures in the hallways on fire, Los Angeles police said.