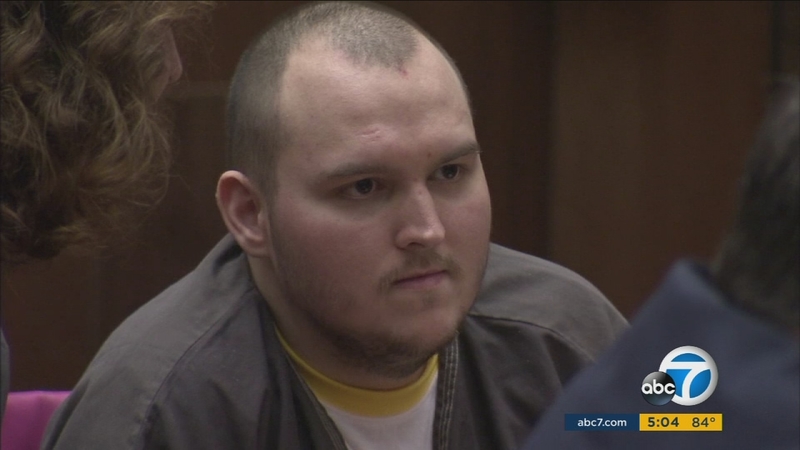 DOWNTOWN LOS ANGELES (KABC) -- The trial for a man charged in a four-day arson spree got underway in downtown Los Angeles on Monday.

Harry Burkhart, a 24-year-old undocumented German immigrant, sat in the courtroom as prosecutors laid out their case against him.

"Los Angeles burned because Harry Burkhart, in his own words, which you will learn, wanted to, 'Roast America,'" Prosecutor Sean Carney said.

Authorities said Burkhart sparked 47 fires, and as many as 19 in one night, during a four-day arson spree from Hollywood to the San Fernando Valley just before New Year's Day 2012.

Monday's court preceding revealed for the first time the ignition source of the fires: products used for starting fires in a fireplace.

Investigators said they had never seen the items used for arson in the U.S., but learned it was more common in Europe, where Burkhart had lived.

"All you have to do is light the paper and it starts a fire," Carney said.

Officials said the combined fuel gave Burkhart 10 minutes to flee before any flames were visible.

"By the time the fire looks like this on this video on Cahuenga," Carney said while showing video from one of the blazes. "He has already set his next fire."

Security photos captured Burkhart repeatedly purchasing the items with his Ralph's reward card, according to officials.

Burkhart's defense questioned the evidence and intended to show Burkhart was not sane.

"Most importantly I will ask you all to keep an open mind," Burkhart's attorney Steve Schoenfeld said.

Prosecutors said it was the 2011 arrest Burkhart's mother, Dorothee, a German fugitive now deported, which set off the 24-year-old.

Burkhart repeatedly cursed America at her detention hearing and was kicked out, according federal marshals.

She told the court in a later hearing that Burkhart needed her because he was autistic.

As his mental capacity was questioned, the prosecution said DNA evidence found on a propane bottle showed with a certainty of 1 to 150 quintillion that Burkhart ignited it.

"That is more people than exist on the planet," Carney said.

The defense said Burkhart suffers from multiple mental disorders including schizophrenia and was also being treated for a cancerous mass in his chest.