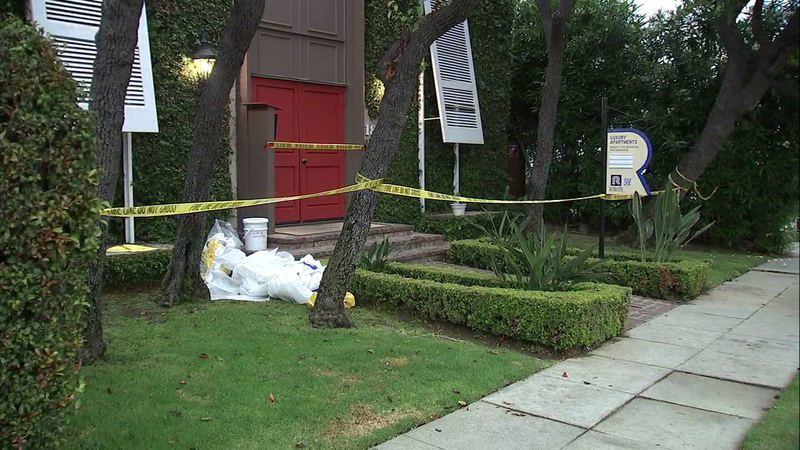 WEST LOS ANGELES (KABC) -- At least 15 residents in a West Los Angeles apartment complex were forced out of their homes after asbestos exposure.

The incident happened around 9:48 p.m. in the 1800 block of Prosser Avenue, when authorities determined that 11 of 12 units in the complex were exposed to asbestos. A county hazmat team was sent to the complex and the residents were evacuated.

The residents were decontaminated by Los Angeles Fire Department crews. Officials said no one showed or mentioned signs of illness or injury from the possible exposure.

Residents living in the complex said it all could have been prevented. They said management had been doing some renovations after a tenant moved out and that the contractor doing work did not remove the popcorn ceiling properly, resulting in the health scare.

"Most property owners know that when you're doing construction you have to do it properly and dispose of it properly. Unfortunately, they just hired whoever. They took it off and disposed of it in our dumpster and exposed us all for the last few weeks to asbestos," Shannon Streger said.

The hazmat team will determine if the building should be red-tagged. Any vehicles parked in the complex were also taped off and could not be removed.