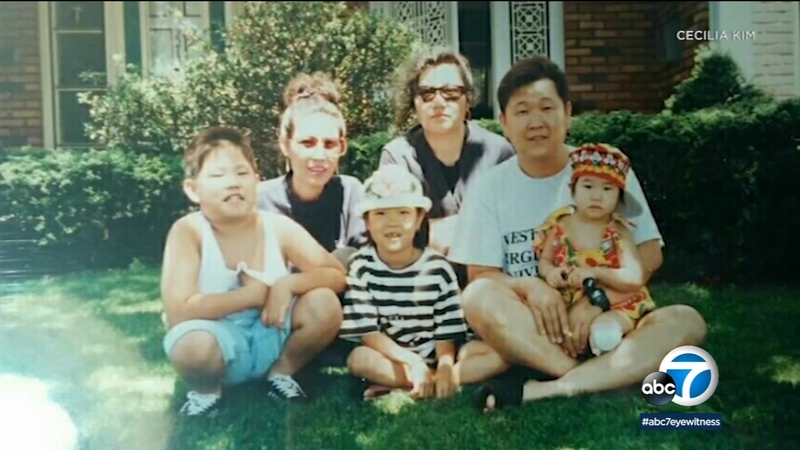 LOS ANGELES (KABC) -- A Los Angeles woman has written a powerful op-ed about what it was like growing up in Georgia as an Asian American following this week's deadly shootings at three Atlanta area massage parlors.

Cecilia Kim shared her experience in hopes of educating others and ultimately in hopes of helping to stop the hate.

When she heard about the shootings in which eight people were killed, including six women of Asian descent, she says she couldn't stay silent and ended up writing the op-ed piece in the Washington Post entitled "I grew up in the South as an Asian American. It was clear I wasn't welcome."

"I just felt like it was important to share and for people to understand that it's not just happening out of nowhere, this has always been happening and it has to stop," she added.

Kim, who now lives in L.A., immigrated to Georgia from South Korea with her family when she was three years old.

She says they were routinely targeted in overt racial attacks, including an incident in which a bag of feces was left at their front door, and kids teasing her about her facial features.

She says she never spoke out and wanted to hide instead.

The surge in violence against Asian Americans prompted her to share and take stock of her experiences growing up in hopes of impacting as many people as possible.

"I think it opens people's eyes to what people like me may have experienced or are still experiencing. I think for people who have experienced this, it makes them feel seen and heard and understood," she said.

Kim is now working on a memoir about her experiences growing up. She says the response to her op-ed piece has been overwhelming, especially from those within her community who say that her story represents them as well.

Police say "nothing is off the table" in their investigation of the deadly shootings at Atlanta-area spas.