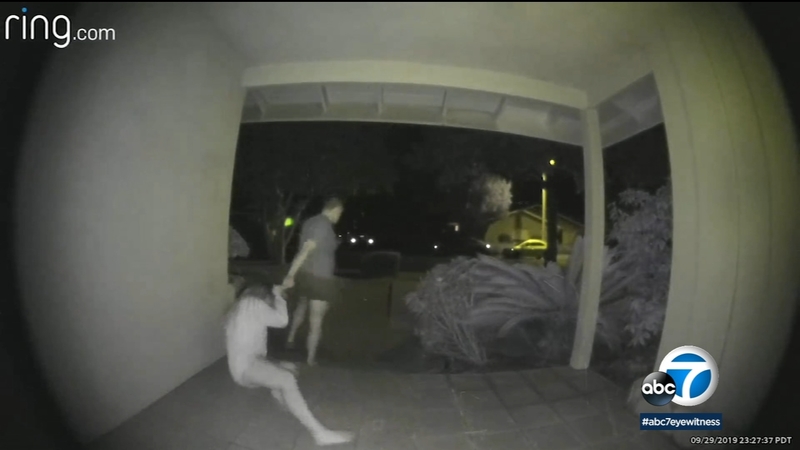 ARCADIA, Calif. (KABC) -- Disturbing video captured by a doorbell cam in Arcadia shows a woman trying to get help at someone's front door when a man suddenly runs up behind her.

Arcadia detectives said that woman was trying to escape her estranged boyfriend, 27-year-old Robert Michael Mendez, who has since been arrested.

Investigators said the woman ran up to the door of a house near Santa Anita Avenue and Camino Real, seeking help. The doorbell camera footage captured Sunday night around 11:40 p.m. shows the suspect grab the woman by the hair and drag her away.

Investigators said he then forced the woman down the block to his home on Santa Anita Avenue and held her there against her will.

Police said someone sent them a link to the video Monday. That led them to start knocking on doors in the neighborhood.

Officers arrested Mendez without incident. He's facing charges of kidnapping and attempted murder and is being held on $1 million bail.