Assault rifles, flame thrower among cache of weapons seized from home in Camarillo 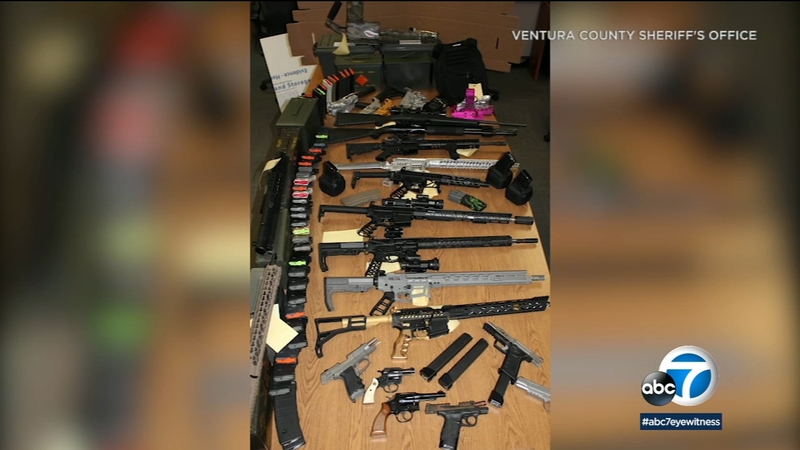 CAMARILLO, Calif. (KABC) -- A Camarillo man is facing a slew of charges after police seized a huge cache of weapons, including several rifles and a flame thrower.

Christopher Oleksik was arrested after authorities searched his home on Glenbrook Avenue Thursday, according to the Ventura County Sheriff's Office. Detectives found about 20,000 rounds of ammunition, four AR-15 rifles, several handguns, body armor and more. They also located heroin in his bedroom.

Some of the weapons were described by authorities as "ghost guns," firearms that are manufactured without a serial number.

Additional weapons were also seized from a storage unit associated with the 38-year-old.

Oleksik was booked into the Ventura County Pre-Trial Detention Facility but was released on $105,000 bail. He is due back in court at the end of the month.
Report a correction or typo
Related topics:
camarilloventura countyillegal drugsweaponsillegal firearmguns
Copyright © 2021 KABC-TV. All Rights Reserved.
More Videos
From CNN Newsource affiliates
TOP STORIES