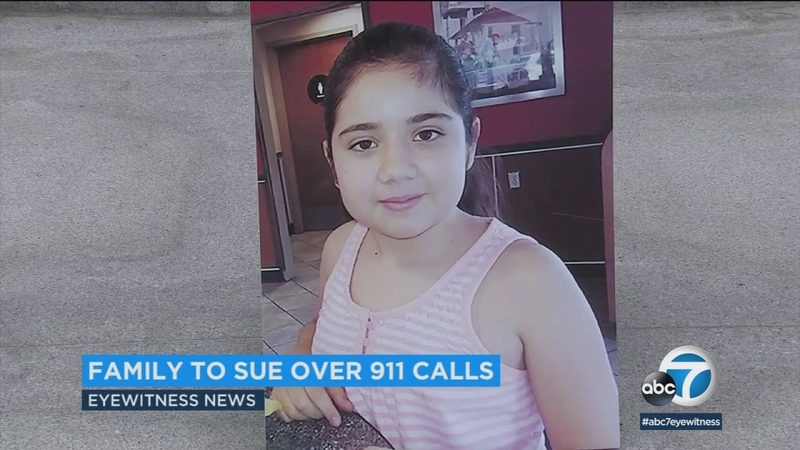 DOWNTOWN LOS ANGELES (KABC) -- A severe asthma attack left family members of an 11-year-old frantically calling 911, but they said five calls were redirected to the wrong number and the child died.

The family's attorneys said the sheriff's deputy who answered connected the call to a fire station, not a fire dispatch. No one picked up the phone at that fire station and it took 15 minutes before another family member was connected to dispatch.

"The doctor at the hospital, who spoke to the family, told them that if the response had been sooner, in his opinion, Ashley would have lived," he said.

The family, with help of their attorneys, announced a claim against the county and sheriff on Tuesday. Attorneys said there was a failure to train and that goes all the way to McDonnell at the Hall of Justice. The attorneys also claim the Century station's desk operations failed the past three yearly inspections, indicating a systemic problem.

"This has been happening for three years, which would have given notice to everybody within the chain of command, including the sheriff, that action needed to be taken," attorney Vicki Sarmiento said.

As for Dulce, who felt hopeless making the calls, this is personal.

"Watching someone you love die in front of your very own eyes is absolutely terrible, and it changes you as a person, mentally, physically. It's hard every day to go on," she said. "I don't want anyone to suffer the way me or my family suffered."

The lawsuit will be filed in 45 days.

The sheriff's department said it does not comment on pending litigation, but that McDonnell reached out personally to the family and it sends out its condolences to the family on their loss.