At least 26 dead in Central America from powerful Hurricane Iota 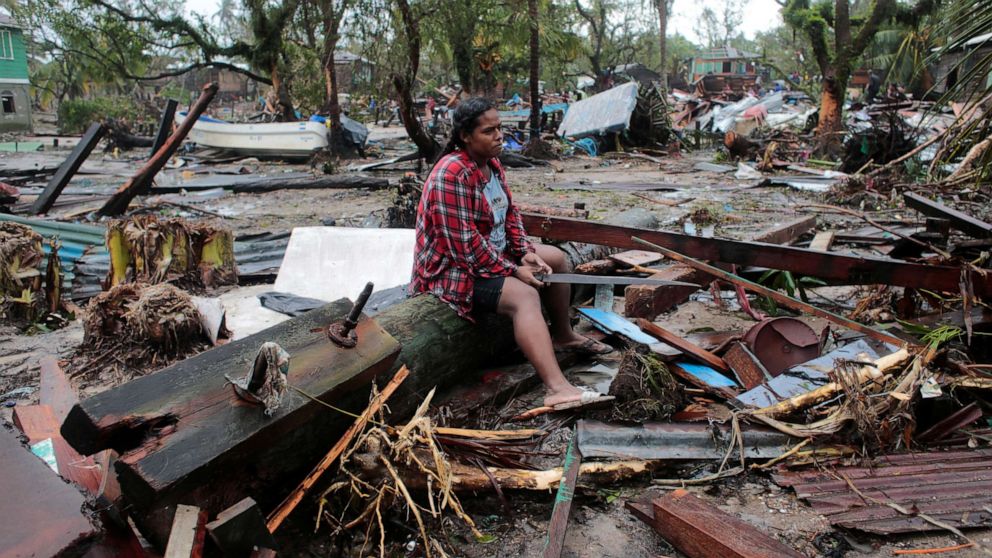 At least 26 people are dead in the wake of powerful Hurricane Iota, which is still delivering heavy rain and winds to Central America.

Iota made landfall Monday night in Nicaragua, and though the storm is dissipating, the threat for heavy rain continues. The rainfall is expected to cause mudslides and life-threatening flash flooding and river flooding.

In Nicaragua, at least 16 people died, including 12 of whom died in a landslide in Matagalpa, state-run Radio Nicaragua reported. Vice President Rosario Murillo also said two children died while trying to cross a river on Monday.

In Bilwi, Nicaragua, there are "falling trees, electricity poles, roofs of houses that were blown up in the air and a hotel that lost its entire roof," SINAPRED's Director Guillermo González said.

In Honduras, at least five people have died and over 61,000 people are living in shelters, according to the Permanent Contingency Commission of Honduras (COPECO).

In Colombia, at least two are dead, while six others are wounded and one person is missing, said President Iván Duque.

In Honduras, the government has issued a red alert throughout the country and ordered the closure of main highways through Wednesday.

Aid workers in Central America were still discovering the extent of damage from Eta when Iota hit, said Jens Laerke, spokesperson for the U.N. Office for the Coordination of Humanitarian Affairs.

Iota is now the strongest hurricane to hit Nicaragua in November on record.

"We're running out of superlatives for this Atlantic hurricane season. It's record breaking in every sense of the word. We are currently, with Iota, on the 30th named tropical storm," Clare Nullis, spokesperson for the World Meteorological Organization, said at a U.N. news briefing in Geneva.

Meanwhile, in the U.S., a storm system in the West helped to spread wildfire in Reno, Nevada, where more than a dozen homes were damaged yesterday.

Thankfully, the forward progress of the fire has been stopped while winds gusted 50 to 60 mph in the Reno area yesterday and, with dry conditions, it was easy for the fire to spread.

The highest wind gust on Tuesday was in Nevada of up to 110 mph in the mountains.

On Wednesday, there are wind, snow and fire alerts that have been issued from California to Missouri.

Gusty dry winds are expected again for the West and into the Plains.

But, at the same time the storm that is bringing all the wind, it is also dumping feet of snow in California's Sierra Nevada Range and rain will continue from northern California to Oregon and Washington.

In the East, the coldest air of the season is here with freeze warnings and a frost advisory from Alabama to the Carolinas and Virginia where temperatures in the Southeast are at or below freezing for the first time this year.

In the Northeast, New York City is under a freeze warnings as temperatures drop to freezing in the five boroughs where wind chills are down into the 20s and even the teens.