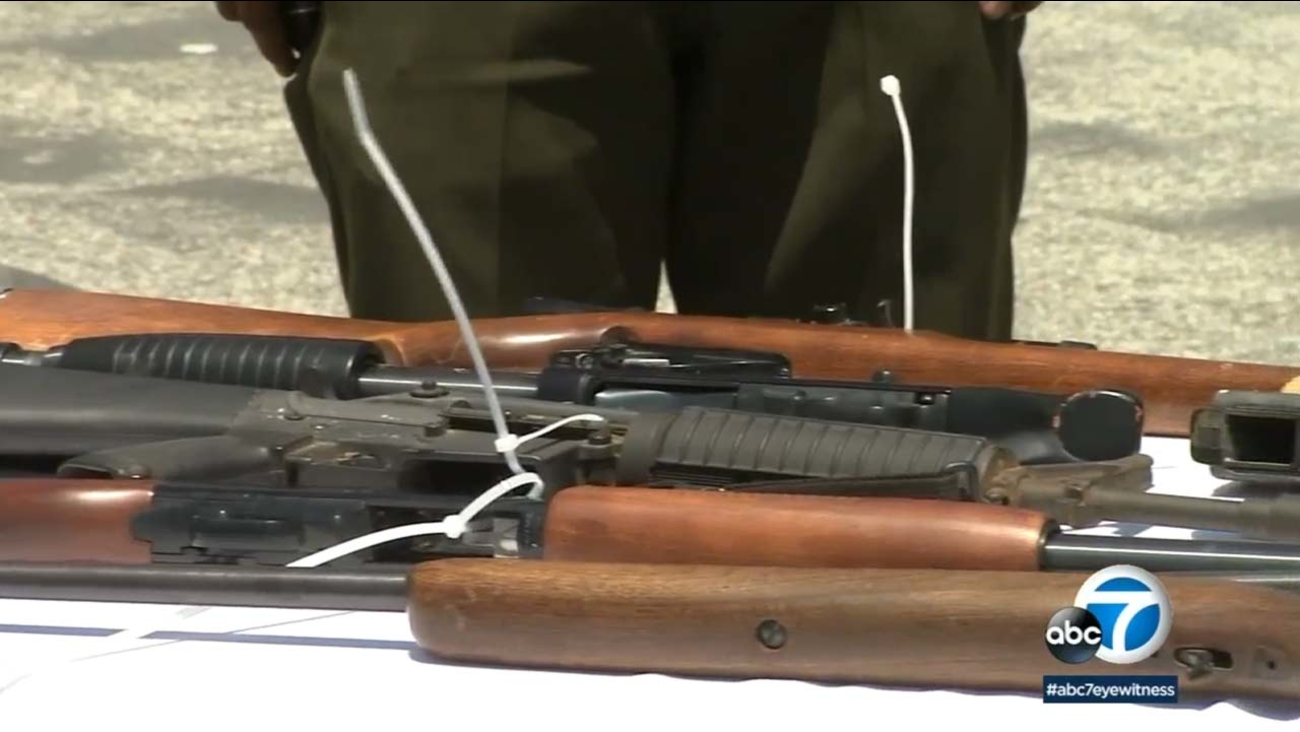 Guns are seen in this undated file photo.

COMPTON, Calif. (KABC) -- A $10,000 reward is being offered to find whoever stole a cache of weapons from a Compton city vault.

The reward, which was announced Tuesday by the Bureau of Alcohol, Tobacco, Firearms and Explosives, is for information leading to the arrest and conviction of whoever is responsible for the stolen firearms.

Compton City officials reported a cache of 30 weapons missing and federal agents from the ATF are investigating.

Approximately 31 firearms being stored in a vault at the old Compton City Hall on Alameda Street recently went missing.

Rhambo ordered the sheriff's department to inventory the weapons and remove them from city property until the Compton city officials could decide what to do with them.

The deputies catalogued the guns. When they returned to retrieve them, they discovered dozens of the weapons had been stolen.

ATF officials believe the weapons were stolen sometime between March 6 and Aug. 31, 2017.

The cache had been stored in the vault since Compton disbanded its police department in 2000 and the L.A. County Sheriff's Department took over.