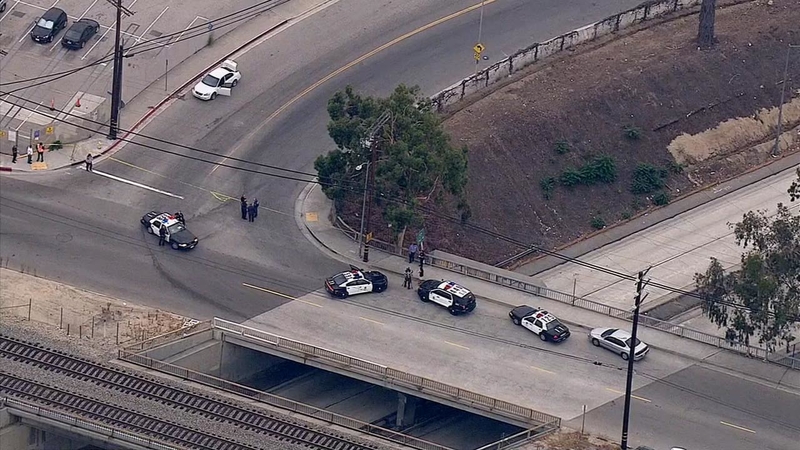 ATWATER VILLAGE, LOS ANGELES (KABC) -- A 41-year-old woman was shot inside a vehicle in Atwater Village Wednesday morning, Los Angeles police said. A search was underway for the shooter.

The car-to-car shooting occurred around 6:10 a.m. in the 4500 block of Colorado Boulevard while the victim was exiting the 5 Freeway at Colorado Boulevard. Bullet holes could be seen in the car's trunk and rear window.

"Suspect shot at the back of her vehicle several times with what appears to be a shotgun," LAPD Officer Liliana Preciado said. "When she was exiting, the suspect came up next to her vehicle and shot again a number of times."

The woman was hit in the neck, torso and arm. She was transported to a local hospital and was listed in stable condition.