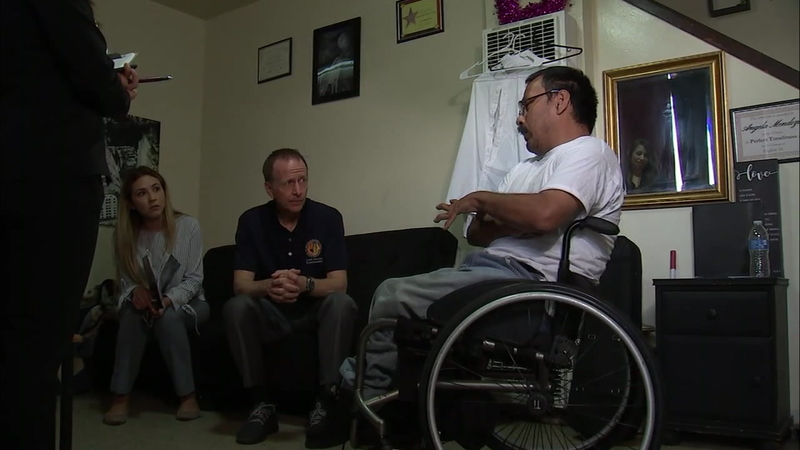 WATTS, LOS ANGELES (KABC) -- The new school year started a few weeks ago for the Los Angeles Unified School District, but some kids are not showing up for class.

School officials are trying to change that by visiting the homes of those students.

"If they're not in school, they're not going to learn, and I know as someone from this community the way out is through education," David Starr Jordan High School principal Carlos Montes said.

"It's not as easy as get them there, sit them down," Montes said. "There are other things at play, and it's our job to find out what those needs are and to better address them."

Beutner met with father Juan Mendoza, whose daughter is often late to school.

"He gets it. He wants her to be there," Beutner said. "He's committed as we are to making sure she builds that foundation for success in the future."

"Keep on doing good in school, try not to be late, and that's it," Mendoza said.

"The challenge is we don't try to fit her into this square box and say, 'One size fits all.' That's not how it works for many, many students," Beutner said.