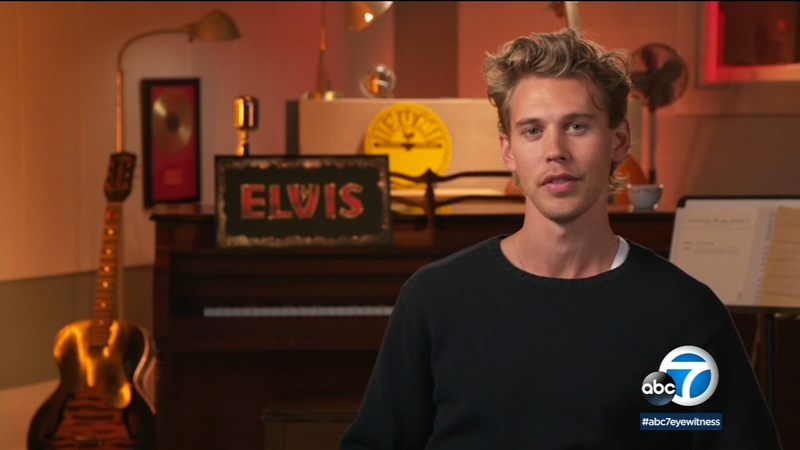 After 17 years in the entertainment business, he worked hard to make sure he made a convincing big screen "Elvis."

"I was rehearsing the entire movie. But I'll tell you, the interesting thing about it was when I really, really grasped the fact that he's not doing choreography. He's not doing moves. The music is moving him," said Butler.

The memory of Elvis Presley takes Butler right back to his early childhood.

"My grandmother was a teenager in '56. So he was everything to her," said Butler. "And I remember being a little kid - I must have been four or five years old and hearing 'Blue Suede Shoes' and the music, the '50s in the house. And so dancing around in the kitchen to that, those were my first memories."

His performance in the movie has created the kind of attention actors can only dream of when they get a role like this. He said he can feel the change that is in the air.

"I've never felt the responsibility like this, you know?" said Butler. "Any time you take on somebody who's actually lived their life, there's a responsibility. But with Elvis, it's something I've never felt before. I'm getting to now see people responding to all the work that we did. And it just feels so good that people are appreciating it and getting to see him in a way that they haven't maybe before."