Australia registered no new local COVID-19 cases on Saturday for the first time since June 9, marking a major milestone in the country's battle against the deadly virus.
CNNWire 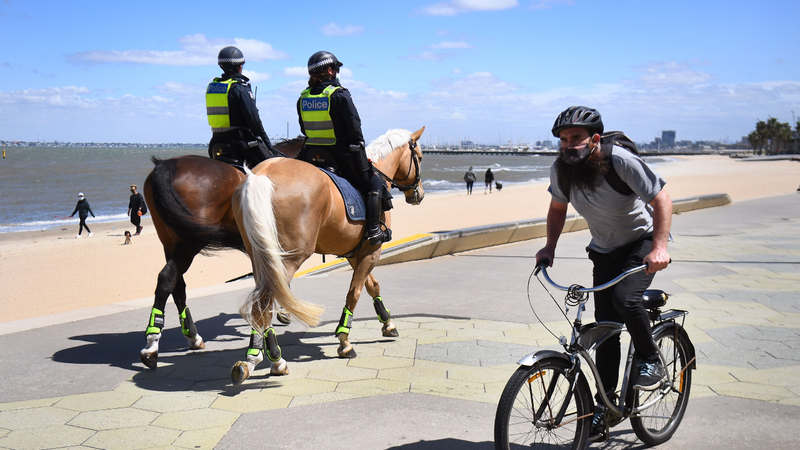 Australia registered no new local COVID-19 cases on Saturday for the first time since June 9, marking a major milestone in the country's battle against the deadly virus.

The apparent turning point comes just months after Victoria declared a "state of disaster" to stem an outbreak that saw as many as 725 people in a single day test positive for the virus in the southeastern state.

Derick Waller has more on the requests of the governors.

"Thank you to all of our amazing health & public health workers & above all else the Australian people."

Meanwhile, Melbourne, the city at the epicenter of Australia's coronavirus epidemic, marked its second consecutive day without any locally transmitted cases.

Since ending its strict 112-day lockdown on Tuesday, the city of 5 million has registered only seven new local COVDI-19 cases.

Though Victoria, of which Melbourne is the capital, accounts for at least 20,300 of Australia's more than 27,500 coronavirus cases, the number of active cases in the state has steadily declined in the past 30 days.
Prior to Sunday's announcement, the number of new infections in Victoria had been in single digits since October 13.

In early August, Victoria was recording hundreds of cases per day, leading state authorities to implement the type of strict anti-epidemic measures that governments in Western Europe and the United States have been hesitant to enact out of fear of damaging the economy. This included placing Melbourne residents under a strict seven-week lockdown and barring nearly all trips outdoors.

Experts say life on board is going to be the biggest change. Yes, that means frequent hand-washing and social distancing will still be in play.

Though the decision to lockdown Melbourne was unpopular with some people, by late September, cases had declined to low double-digits, allowing the government to begin lifting restrictions.