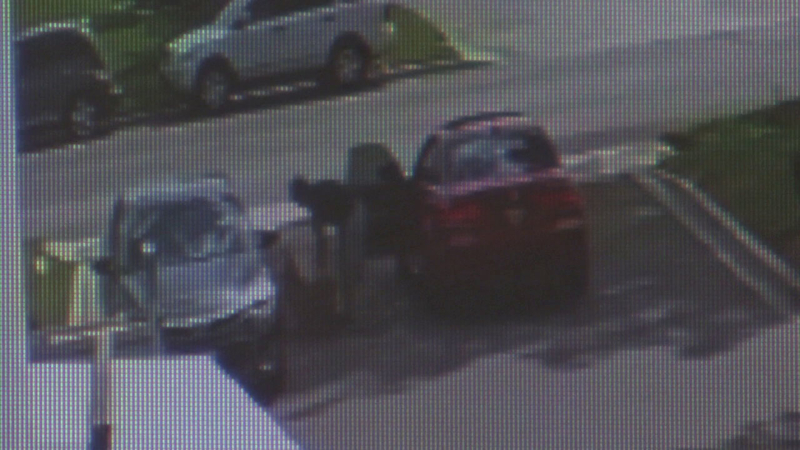 VALENCIA, SANTA CLARITA (KABC) -- A sophisticated scam led to the theft of a very expensive high-end automotive part, and the suspected thief was caught on surveillance video.

In the video, a suspect heads over to a red BMW and makes off with an $8,000 headlamp for the high-end vehicle. It happened Tuesday around 9:30 a.m. outside of the Auto World Collision Center in Valencia.

The owner provided the surveillance video. The suspect placed an order with a parts dealership posing as an employee of Auto World Collision.

"Maybe it's a new scam that they're doing, but they used our name, our phone number, our account to try to get the light here," owner Maurice Starrantino said.

The suspect doesn't work for the auto body company. Starrantino explained how the suspect was able to get the part.

"He walked up to the truck and took the delivery on a part that was supposedly for our store. It was not. It was a very expensive headlight - approximately $7,000 to $8,000 headlight. He put it by his driveway right there. The parts guy pulled in all the way, he backed his car up - a red BMW M3 - and then took off with it," Sarrantino said.

After the suspect drove away, the delivery man didn't feel what happened was right. So he immediately went into the business and asked if someone actually ordered the expensive part.

"He asked me right away, 'Hey, is that your employee?' And I said no. He said, 'Didn't you guys order some parts?' and I said, 'Not today,'" Sarrantino said.

That's when the L.A. County Sheriff's Department was called and opened an investigation.