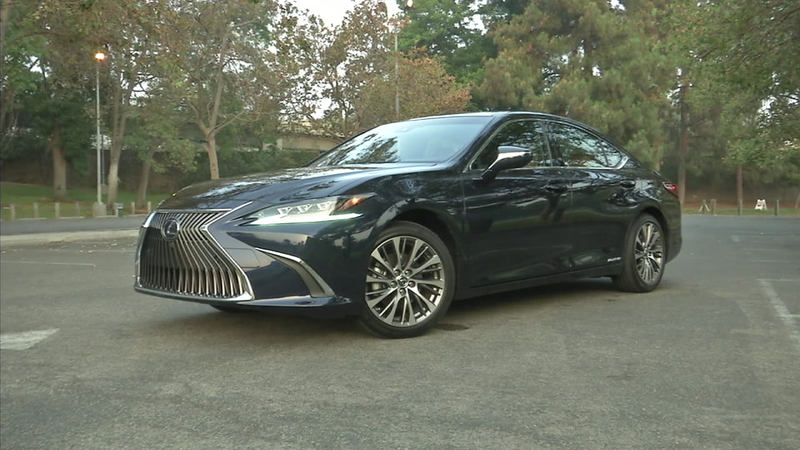 The ES 350 is a really significant model in the Lexus lineup. All new for 2019, it's aiming to help the premium sedan segment stand its ground in the face of an onslaught of SUVs, including from Lexus itself.

To keep interest high, a slick new fastback shape carries the ES model's longtime attributes. And the term "longtime" really fits, as this model literally goes back to the beginning of Lexus nearly 30 years ago. When Toyota launched the brand in 1989 for the 1990 model year, there were only two models, the ES being the entry level offering under the large LS sedan.

For modern times, there are lots of modern amenities, like all the latest safety and convenience items that luxury buyers expect. And returning is a hybrid version, the ES 300h. Capitalizing on parent company Toyota's vast experience with hybrids, the ES hybrid gets an estimated combined fuel economy rating of 44 miles per gallon. Lexus says that's the best mileage out there for a luxury car without plug-in capability.

To broaden the ES's appeal, you can now get it as an F SPORT model. That's the Lexus sub-brand for a bit more performance and visual pizzazz. An F SPORT package has never been offered on the ES, until now.

The powerful V6 engine under the hood (302 horsepower) makes a nice growl under acceleration, and while the car still isn't exactly what you'd call a sport sedan, it does feel firm and well planted when the road turns twisty, especially compared to the regular ES350 or the ES300h. The ES 350 F SPORT has a base price of $44,035.