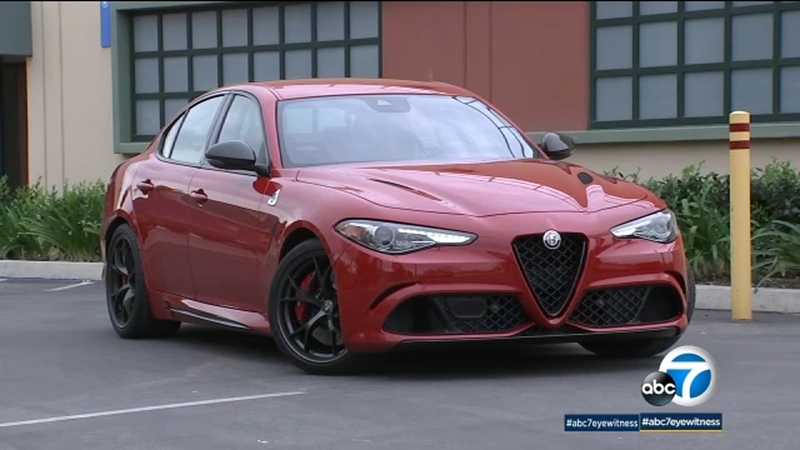 When it comes to vehicles in the premium segment, there are lots of choices. One fairly new choice in the U.S. is Alfa Romeo, which came back a few years ago.

"Southern California is our number one market for Alfa Romeo. And the same is true for a lot of the premium vehicles. But it's so important to us, because we've come back after a nearly 25-year absence," said Ben Lyon, head of Alfa Romeo operations in North America.

The first mainstream entry was the Giulia, which plays in the same arena as the BMW 3-Series. The 2020 Guilia carries a base price of just under $40,000. Then, Alfa Romeo brought out the Stelvio crossover SUV, which this year has a base price of $41,400. This year, each of these models has gotten some updates, especially in terms of technology. Like semi-autonomous driving, with an advanced cruise control featuring a mode called Traffic Assist.

"So when you are in traffic here in L.A., on the 405, wherever you may be, you have the comfort and convenience of being able to sit back and let the car do most of the work," added Lyon.

Italian automaker Alfa Romeo is expanding its horizons and getting into the SUV market.

And since performance sells, both of these offer a high-horsepower variation called Quadrifoglio. This level of performance costs money, of course. The Giulia Quadrifoglio and Stelvio Quadrifoglio carry base prices of about $75,000 and about $80,000 respectively.

"With 505 horsepower, zero to 60 in 3.6 seconds, it's an absolute machine," boasted Lyon about the Stelvio Quadrifoglio.

The Giulia was Alfa's first volume model in the brand's U.S. comeback, but it came out right when sedans started falling out of favor with buyers. So along comes the Stelvio SUV, a much more popular choice. But can any brand make it these days with just two models?

Technically there are three models, including the low-volume two-seat 4C sports car. But the 4C coupe has been discontinued, leaving just the 4C Spider, which barely registers a blip on the sales charts. To grow the brand, Alfa Romeo will probably expand their lineup. But as are most car brands, they're somewhat tight-lipped about the future.

"We are celebrating our 110th anniversary this year, and we've never let off the gas since 1910. There's always opportunity for more," Lyons said.

At last year's L.A. Auto Show, Alfa showed off a concept car in the form of a smaller crossover SUV with hybrid power. A design like that would probably sell well, based on current buying trends. No official word from the company about possible production just yet.

In the meantime, if you want to drive something different, these Italian-made models might not be the most popular. But they offer a certain flair that stands out. From the leather on the seats, to the sound of the engines, Alfa is speaking Italian, automotive style.
Report a correction or typo
Related topics:
automotiveauto industrycarsalfa romeoauto news
Copyright © 2021 KABC-TV. All Rights Reserved.
More Videos
From CNN Newsource affiliates
TOP STORIES