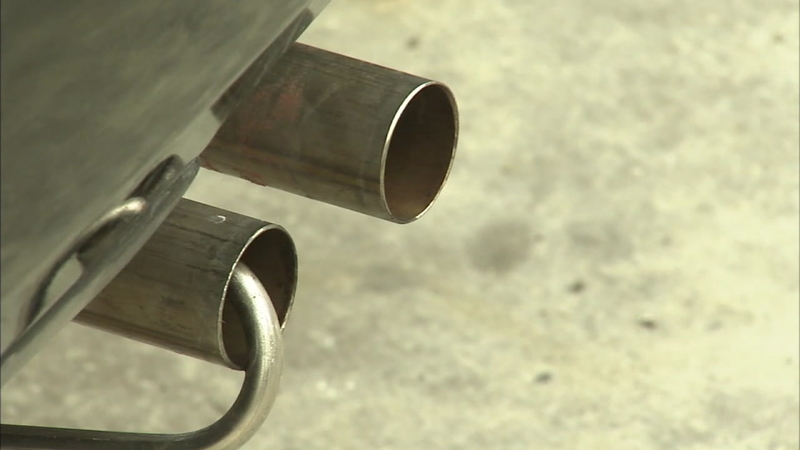 LOS ANGELES (KABC) -- In the years before California's extremely strict clean air rules, there were smog-filled skies that were fairly common.

But now, the state's emissions standards are in jeopardy. The Trump administration released plans to freeze vehicle mileage goals and do away with California's right to set its own, more stringent emissions rules.

"We've had these waivers in some cases for close to 50 years. Why all of the sudden would the Trump administration - without the facts and the science behind them - feel like they can just yank those away? I feel like we have a very good and strong case," state Attorney General Xavier Becerra said.

Becerra vowed Thursday to fight the White House's proposed changes, along with attorney generals from 18 other states. They're trying to defend clean air standards that require automakers to build cars and trucks with an average of about 54 miles per gallon by 2025.

Those requirements are about double the current average. Becerra said the rules not only keep the air clean, but save people money at the pump.

"People are finding that they're making fewer trips to the gasoline station. They're having to put less gasoline in their tank and they're saving quite a bit of money," Becerra said.

But Trump's EPA said the efficiency rules drive up vehicle prices, keeping many people in older, less safe cars and trucks. On Thursday, the White House also seemed to be stepping back a bit from the proposal.

"What the EPA released yesterday was a notice of proposed rulemaking, not a final rule. We're simply opening it up for a comment period and we'll make a final decision at the end of that," White House press secretary Sarah Huckabee Sanders said.

But any plans to freeze clean air rules and strip California of its power to set its own rules is drawing fire from members of both parties. Republican Arnold Schwarzenegger pointed out that it was Ronald Reagan who sought out California's right to regulate emissions.

"This is a stupid policy and no one asked for this. Businesses prefer certainty - not policies that change with the whims of each new White House," he said.