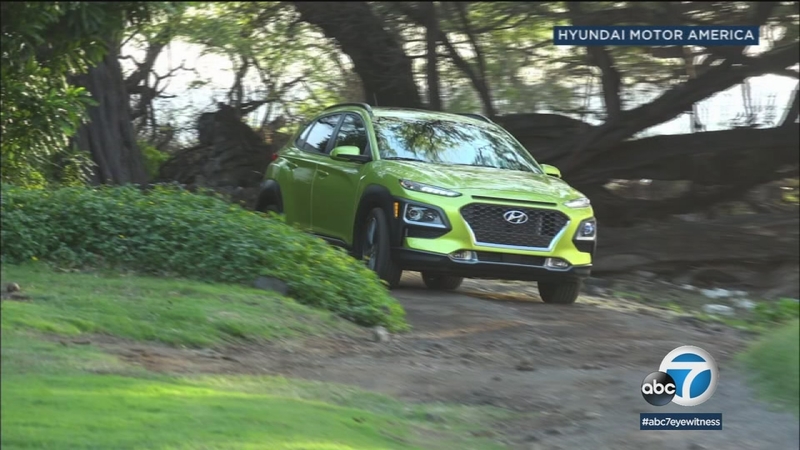 The compact SUV category was already hot, as far as sales go. With today's rising gas prices, the segment's likely to get even hotter.

Ford's newest sport utility is also its smallest. The EcoSport slots in below the once-smallest Escape, and offers a tidy size done up with signature Ford SUV styling.

There's good power under the hood, with the EcoBoost engines (a three-cylinder, and an optional four-cylinder) offering mileage in the mid to high 20s.

Also making waves this year is the new Hyundai Kona. Cute in a kind of stubby way, it too gives its company a smaller SUV than they've had before. If you're really bold, a bright metallic green color called Lime Twist is sure to get attention. There's even lime green seat stitching and interior accents, to carry the theme inside.

And the Kona is sure to go easy on gas, plus there will be a full electric version coming along late this year.

These two new models come hot on the heels of other entries that have already gotten a toehold, and have enjoyed strong sales.

The Honda HR-V was introduced a couple of years ago, and is Honda's smallest, most efficient SUV. It's actually about the size that the Honda CR-V was when it first came out in the 1990s. The CR-V has gotten larger over the years, so the HR-V fills the void at the small end of the scale.

And Toyota is no stranger to small SUVs, so it brought out the C-HR last year. It's a similar story as Honda's; the C-HR sits at the small end of the Toyota lineup, since the Toyota RAV-4 has grown in size over the years.

And it's not just mainstream brands adding compact SUV models. Luxury car companies are offering smaller ones too, but with upscale features.

BMW has brought out the X2, a sleeker variation of their X1. The new X2 gets rakish fastback styling, but lots of utility too.

Lexus doesn't want to miss out on this market, so they've previewed their UX model. It'll be in showrooms by the end of the year, and will certainly bring familiar Lexus styling and attributes to a compact and useful shape.

There was a time that the term SUV became a negative whenever the price of fuel was discussed. But today, you can have an SUV in a tidy size, with a minimal appetite for gas.
Report a correction or typo
Related topics:
automotiveauto industrytoyotaauto newscarhondaford
Copyright © 2021 KABC-TV. All Rights Reserved.
More Videos
From CNN Newsource affiliates
TOP STORIES