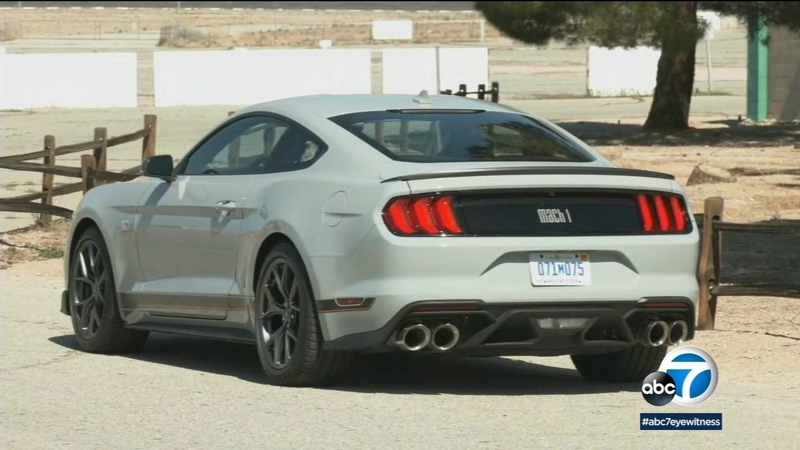 With the jet age and the space age all around, Ford named its hot new model the Mach 1 in 1969. The name came and went over the years, last seen on a Mustang in 2003-2004. And now Mach 1 is back, as a thoroughly modern Mustang with solid muscle car roots.

"We have evolved what we've learned off of the Gen-six platform to get this pinnacle of 5.0 liter performance, that was worthy of the Mach 1 name," said Owens.

A step up from the Mustang GT, but less expensive than the Shelby GT500, the Mach 1 returns with a distinctive look inside and out, and lots of go-fast hardware underneath. Base price is $52,720, but as with many cars, option packages can raise the price significantly.

Like most of its predecessors with the Mach 1 name, this Mustang's about style and substance.

"This one is that full evolution, and is the most track-capable 5.0-liter we've produced," Owens noted.

To demonstrate that the Mach 1 has actual performance and not just a performance look, Ford offered to let me take it out on the track.
The challenging Streets of Willow road course at Willow Springs Raceway in the Antelope Valley - not far from Edwards Air Force Base where Chuck Yeager first traveled at Mach 1 in the air - was the perfect place for Ford to show off its new track-ready beast.

Not only does the Mach 1 get a well-tuned suspension and the option of super-grippy tires, its body even creates strong downforce to keep the car planted in the turns when equipped with the optional Handling Package.

But even if you do take one out to a track on the weekend, it's ready for the commute on Monday, just as docile as any new Mustang.

And while the electric Mustang Mach-E is getting most of the attention right now, Ford assures enthusiasts that the Mach 1 is keeping the Mustang's traditional legacy alive, as a complement to the EV model, not some dinosaur to be cast aside by it. Jim Owens of Ford says that the Mach 1, Mach E, and others, are all part of what Ford calls a "Mustang family,