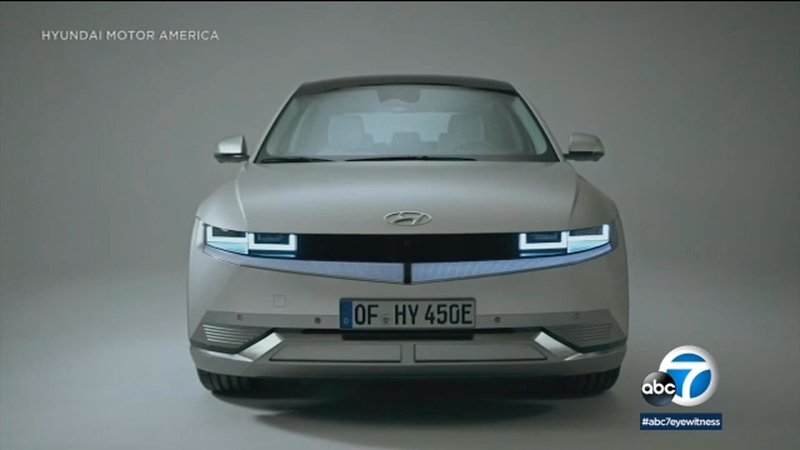 Hyundai's future will include its new Ioniq 5, an all-electric car coming out late this year. The name Ioniq will actually be a sub-brand within Hyundai.

"I think the future is pretty clear that transportation, whether it's light duty or heavy duty, it's all going to get electrified," said Gilbert Castillo, a Hyundai engineer working on vehicles for the future.

But "electrified" doesn't just mean pure electric cars. It includes hybrids. And Hyundai has been expanding its line in that regard, including the new 2021 Elantra Hybrid. These gas-electric vehicles are more mainstream than ever, to the point that you almost don't need to think of them that way.

"We actually don't make such a big deal about the fact that they're hybrid, because people are rather used to it. All they really know is that they're enjoying really good fuel economy," noted Castillo.

To show some fuel efficient vehicles off, Hyundai invited me to their massive 4,300-acre proving grounds near California City in the Mojave Desert. Here, engineers are able to simulate pretty much any driving condition. I got to wheel the new Sonata Hybrid at high speeds, and for a "green" car it performed very well on the winding test track.

I also got to experience the hydrogen fuel cell Nexo, and its accompanying advanced driver aids. Buyers of cars with high-tech drive systems expect other tech in their cars. In the Nexo, for example, a system called Lane Follow Assist keeps the car centered in your lane, while the adaptive cruise control maintains distance behind the car ahead of you, even in stop-and-go traffic.

Like many car brands, Hyundai is moving forward with different technologies for greener cars in the years and decades ahead. Yes, including conventional gasoline engines, cleaner than ever, and used in the hybrid models.

For several years now, Bolt has been the battery electric car brand at Chevrolet. Now, a second, slightly larger Bolt joins in to add to Chevy's battery-powered offerings: the Bolt EUV, for Electric Utility Vehicle.

"They're almost unrecognizable. And it's not done yet. The internal combustion engine still has life ahead of it," said Castillo.

Gas-electric hybrid power can be applied to pretty much any kind of a vehicle, even if you like to get out in the dirt a little bit. Part of the desert proving grounds facility is an off-road course, and I got to see how well the new Santa Fe Hybrid can actually tackle some rough terrain. Thanks to advanced traction management, the mid-size crossover SUV did remarkably well over steep inclines and ruts, even with more highway-friendly all-season tires.

In other words, vehicle choice won't really be restricted by newer drivetrain technologies. Engineers working at Hyundai and across the auto industry say the future is not to be feared. Things will just get better, especially with regard to that electrification. Battery technology continues to evolve and improve.

"The technology we see now is going to be vastly different, 5-10 years from now," said Castillo.

It's been 20 years since hybrid cars like the first-generation Toyota Prius started showing up on the roads. Nowadays, hybrids are everywhere, as any number of cars and crossover SUVs are available with the technology. Now, get ready for hybrid power in a bigger way - literally - in a full-size pickup truck.