KABC
By Dave Kunz
LOS ANGELES (KABC) -- As the auto industry continues to turn green, companies are looking for ways to get their greener cars noticed at the Los Angeles Auto Show.

One way is to win an award. The 2020 Toyota Corolla garnered the Green Car of the Year trophy for its overall fuel efficiency, in both the regular and the hybrid versions.

A second award went to the new Honda CR-V Hybrid: Green SUV of the Year. The new hybrid version of Honda's most popular model will go on sale in spring 2020.

Another way to highlight your green car is to have a celebrity endorse it. Josh Duhamel is an actor and producer, and now Hyundai spokesman.

"What I need is a car like this one right here," said Duhamel, pointing to Hyundai's Ionic plug-in EV, now with greatly increased range, at a Hyundai press presentation. The star has also produced some videos for the brand with messages about the environment.

Some car brands are hedging their bets both ways, showing a green side, and a traditional performance side.

Audi is expanding its electric models and performance models at the same time. On the show floor at the Audi stand are both the new e-tron Sportback (joining the regular e-tron SUV that went on sale earlier this year), and an assortment of high-performance RS models, including a powerful station wagon producing nearly 600 horsepower thanks to both a gasoline engine and mild hybrid system.

Porsche has "green" and "go" covered in one new car: the Taycan performance EV. Several examples are on display in Porsche's iconic Petree Hall display, which has become an auto show favorite over the years. The Taycans are parked near Porsche's other more conventional models, like the new 911 sports car.

Sure, there are green cars in almost every car maker's display area. But there's a fun factor to the show too. Lexus is showing off its new LC500 convertible, a drop-top version of the current LC500 coupe. The new model will go on sale next summer, with an expected price approaching or above the $100,000 mark.

One green car at the show, in the literal sense, is also a movie star of sorts. A bright lime green Alfa Romeo Giulia Quadrifoglio will soon be seen in the Netflix film "6 Underground" starring Ryan Reynolds. Sorry, the color's not available on customer Giulias.

In the real world, most people need something much more practical. Among the dozens of crossover SUVs on the show floor is the new fourth one in the Buick lineup, the Encore GX. It's larger than the sub-compact Encore model, but slightly smaller than the Envision. Buick says the Encore GX fills a "white space" in their lineup, and that customers want more choices in SUV-type vehicles. o

So whether you need something fun, something practical, or something that's kinder to the planet, they're all at the auto show, shining under the lights.
Report a correction or typo
Related topics:
automotivelos angeleslos angeles countyla auto showhyundaicarsporschetoyotaelectric vehicleshonda
Copyright © 2020 KABC-TV. All Rights Reserved.
LA AUTO SHOW 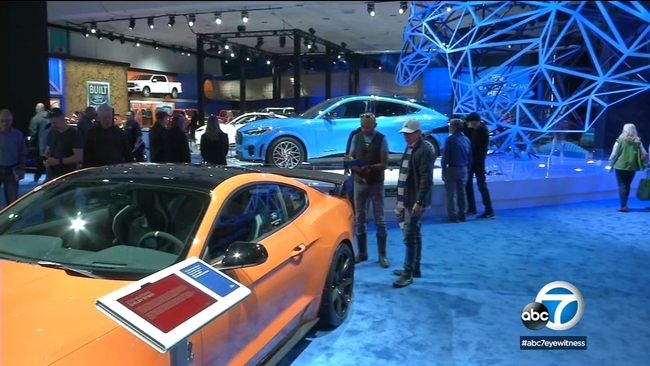 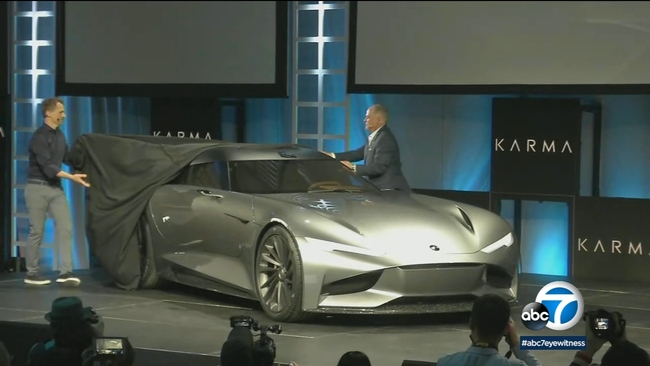 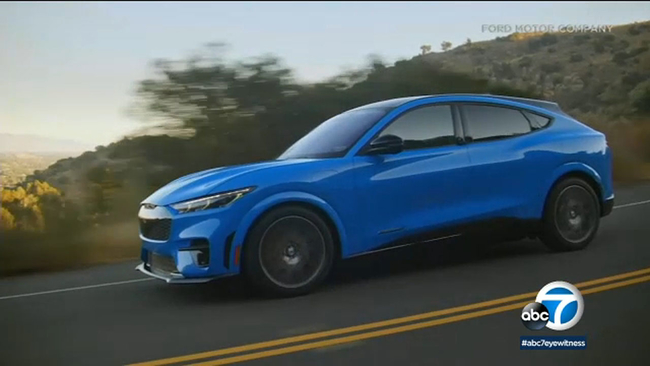