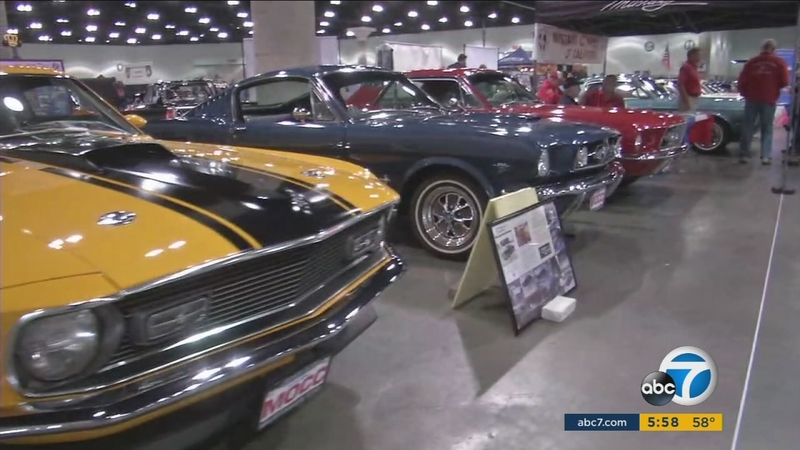 LOS ANGELES (KABC) -- How about an awesome indoor car show this weekend?

How about two of them?

One's the longest-running car show in the country and the other's brand new.

The Grand National Roadster Show at the Fairplex in Pomona has been going on since right after World War II. Hot rods are the main theme, but there's so much more.

"We have everything from roadsters to custom cars to gassers to lowriders," said Greg Wall with the show.

If you you want to see cars as works of art, this is the place. The top ones will vie for one of the most prestigious awards in the country, "America's Most Beautiful Roadster."

Meanwhile, over at the Los Angeles Convention Center downtown, an event is in full swing for the first time here, but not the first time anywhere. That's the Classic Auto Show.

"The people that produce this show produce the largest indoor show in Europe, in Birmingham in the U.K. And so they decided to try their hand in the car capital of the world, right here," said Bruce Meyer, grand marshal of the show.

They put the word out to various classic car clubs to bring their best, and members responded with their Mustangs, Alfa Romeos, Model T's - you name it.

It's a walk through the history of the automobile, from big to small, from shiny to ... not so much.

And it's not just cars. You can also come out to either of these shows and meet some celebrities.

Chip Foose, Wayne Carini and Mike Brewer might not be household names, but they are if your household is into cars. They're all taking the stage at the Classic Auto Show this weekend.

And at Pomona, the '58 Chevy driven by Ron Howard in "American Graffiti."

Another star of the film utters her famous line: "Peel out! I just love it when guys peel out," actress Candy Clark exclaims.