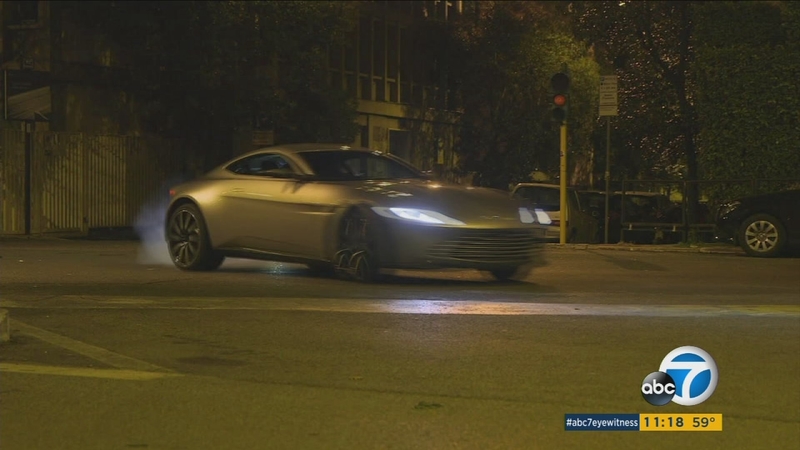 "Spectre," the 24h in the James Bond franchise, has everything we've come to expect in the films over the years, including wild action sequences, exotic locations, and of course, fantastic cars.

Once again, Agent 007's fantastic car is an Aston Martin.

"I think Aston Martin and James Bond are synonymous with each other," said Matthew Clarke, communications officer with Aston Martin. "It's a partnership we've had for over 50 years now. We've been in 12 of the 24 Bond movies."

Bond flings his Aston DB10 through the streets of Rome with a sinister hit man in hot pursuit, driving a sinister-looking Jaguar supercar.

Don't bother looking for a DB10 model at an Aston Martin dealership, however, as it technically doesn't exist. The vehicle was a styling exercise in sketch form only.

When the producers of the movie saw it, they asked if Aston Martin could build a functioning car in six months. They built ten of them, each identical and based on current production Astons. The DB10 is a hint of the styling that will be used on the company's future cars.

The same goes for the sleek Jaguar CX-75 that pursues 007. It's a concept car only, but Jaguar was able to furnish eight of them for the film. It, too, is a hint of what Jaguars may look like in the coming years.

Later in the film, there's another chase in the Austrian Alps on snow. For that, Land Rover stepped in with a tricked-out SUV model called the Defender, which are not sold in the U.S.

One car you can buy is a Range Rover Sport SVR, which is also seen in the chase.

Many of the cars in "Spectre" like the DB10 are unobtainable, especially considering there is a great chance that Daniel Craig himself may have driven them.
Related topics:
automotiveentertainmentmovie newscar
Copyright © 2021 KABC-TV. All Rights Reserved.
More Videos
From CNN Newsource affiliates
TOP STORIES