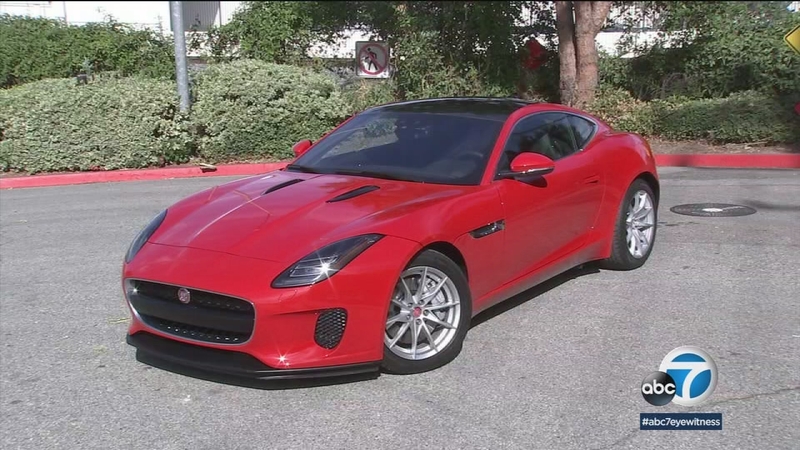 For pure driving fun, it's hard to beat a sports car.

They're sleek, and they're fun.

And these days, they're more fuel efficient.

When Porsche recently redesigned its entry models, the Cayman and Boxster, it went back to its roots in a way.

A flat four engine replaces the previous flat six. Power and performance are up significantly, with no decrease in fuel economy.

Horsepower on the base Cayman and Boxster are up from 275 to an even 300, even though fuel economy is an impressive 21 miles per gallon city and 28 highway with the base six-speed manual transmission.

Choose Porsche's PDK automatic, and those numbers go up a bit. To get more power from fewer cylinders, turbocharging does the trick, and is becoming the norm these days. The flat four also gives off a cool exhaust note that might remind you of Porsche's early days, as the sound is vaguely reminiscent of the Porsche 356 model.

Jaguar got back into the two-seat sports car game a few years ago with the F-type. Now, it's upping its fuel economy game with a new 2.0 liter turbocharged four cylinder engine choice, in addition to the V6 and V8 models. EPA fuel economy estimates are fairly impressive, at 23 mpg city and 30 mpg highway.

But you won't be slighted in the performance department with the new Ingenium engine, as there's 296 horsepower on tap. And with lighter weight, it makes the F-type a bit better balanced. One downside for enthusiasts: the four cylinder engine is only offered with an automatic transmission. (You can get a 6-speed manual with the V6 F-type.)

But it's not just high-end sports cars getting on with a fuel-saving plan. More mainstream sporty cars are watching their fuel consumption numbers too.

In the case of the Ford Mustang, the GT model has its thumping 5.0 liter V8, but the base Mustang is no slouch in terms of power. How about 310 horsepower from the EcoBoost turbo four cylinder.

How does that power compare to other Mustangs in previous years? When Ford brought out the 2005 model, the V8 in the GT only made 300 horsepower. The performance of the EcoBoost engine is surprisingly good, and it gives the Mustang a bit of a European vibe. The payoff is in the mileage estimates of 23 mpg city and 32 mpg highway when paired with the optional 10-speed automatic transmission.

The Mustang's arch-rival Chevy Camaro offers a powerful four cylinder engine too, with 275 horsepower. There was a time, not all that long ago, when Camaro V8 engines didn't make that much power. And those old V8s could never have dreamed of achieving the 2.0 liter's 22 mpg city and 31 mpg highway, the EPA estimates for a Camaro with the optional automatic transmission.

There have been dire predictions that fun cars will go away, or increasingly use electric power. That could certainly happen. But in the meantime, manufacturers are stepping up the efficiency to keep sports cars fun, while they get better gas mileage.
Report a correction or typo
Related topics:
automotiveauto industryporschefordjaguar
Copyright © 2021 KABC-TV. All Rights Reserved.
More Videos
From CNN Newsource affiliates
TOP STORIES