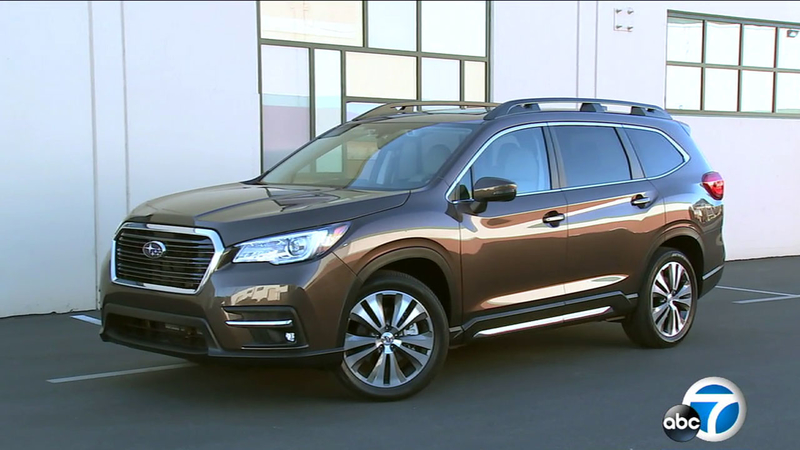 Subaru has always made enticing vehicles that fill lots of niches.

From the sporty side, they have rally-bred compacts like the WRX and STI models. And on the outdoorsy side, models like the Crosstrek compact SUV suggest a lifestyle of young people toting skis, bikes or kayaks off to adventurous spots.

But Subaru was lacking something in its lineup: a three-row family-size SUV. Now, the Ascent has arrived to fill that void, and it's the biggest vehicle Subaru has offered, developed for a very good reason.

Even though Subaru owners tend to be brand loyal, when they needed something bigger for a growing family, they had to shop elsewhere.

And the Ascent is ready for the cross-shopping, with big room inside. You can get seating for seven or even eight, though like many SUVs, the last row is really only for kids or small adults.

Overall, the interior was made very family friendly, with things like multiple USB ports, multiple-zone climate control and even optional Wi-Fi. Prices for the Subaru Ascent start at $31,995. All-wheel drive is standard.

In other words, it has the goods to go up against popular competitors in the segment. Namely, the Ford Explorer, Honda Pilot and the Toyota Highlander.

Those three are example of vehicles Subaru loyalists may have switched to in the past when more interior room was needed.

Since safety is pretty much always on family car buyers' minds, the Ascent gets Subaru's EyeSight system standard, which is the center of forward collision warning, lane departure warning and adaptive cruise control. Think of it as
an extra set of eyes on the road.

To compete in the crowded three-row SUV field, Subaru knew that it had to offer the basics, starting with three row of seats. But they also stuck with Subaru traditions in some places, like under the hood.

That's where the "boxer" four cylinder engine resides, a staple of Subarus for decades. Turbocharged, it makes good power, though it's not the quietest engine in the segment.