Avalanches kill at least 100 in Kashmir 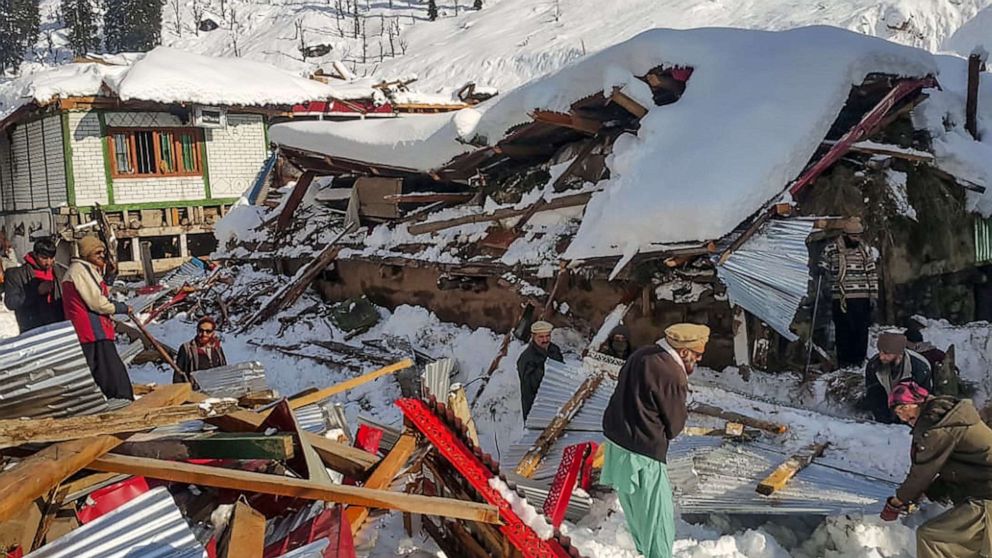 ABCNews
By HABIBULLAH KHAN
ISLAMABAD, Pakistan -- Dozens of people have been killed by avalanches and landslides that have swept through the Pakistan-controlled portion of Kashmir, officials said.

Pakistan's National Disaster Management Authority put the death toll at 100 on Wednesday, though that number is expected to increase.

Hundreds of people in remote villages remain stranded in the snow as rescuers rush to save them.

Nearly 200 homes and other structures have been damaged by the avalanches across the mountainous region, officials said. Kashmir's Neelum Valley was among the worst affected areas.

Heavy rain and snow has pummeled the disputed region in recent days, triggering the deadly avalanches as well as landslides. The severe weather has hampered rescue efforts.

Avalanches and landslides are common in Kashmir, which is divided between Pakistan and India, though both sides claim the entire territory.