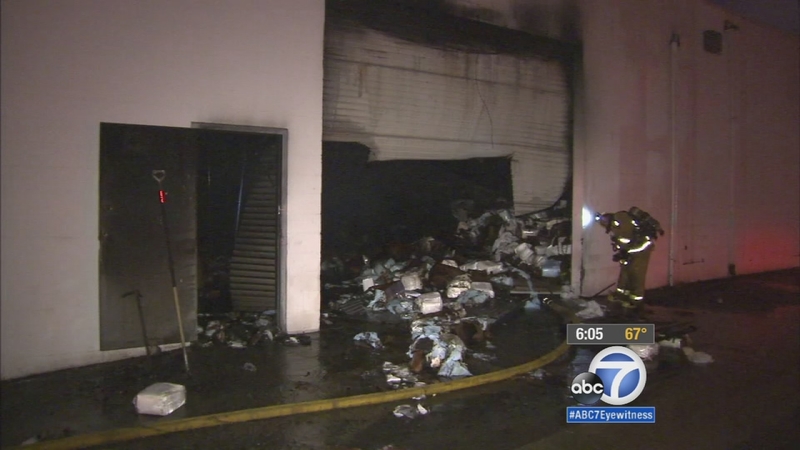 Crews received the call about the fire in the 500 block of South Vincent Avenue at about 7:06 p.m., according to the Los Angeles County Fire Department.

Flames rapidly devoured the plastics manufacturing business. Firefighters initially went into the burning building to put out the blaze, but they were overwhelmed by fire and had to evacuate. The roof collapsed.

It took 75 firefighters to knock down the fire in about 45 minutes.

"The building had not been unoccupied very long, and the fire got very big very quick, and we attribute that to the fact that the fire load, the plastics, caused the fire to get big fast," said Deputy Chief John Tripp of the L.A. County Fire Department.

Hours after the fire started, smoldering material inside flared up as crews began an extensive overhaul.

Fortunately, workers were not inside when the fire started. They had already gone home for the night, but now their livelihood is in question.

"A number of people employed here, and that's why when we go in there to aggressively attack, it's not just about the property but it's trying to save people's jobs," said Tripp.

The cause of the fire was under investigation, but authorities did not believe it was suspicious in nature.

No damage estimate was immediately available.