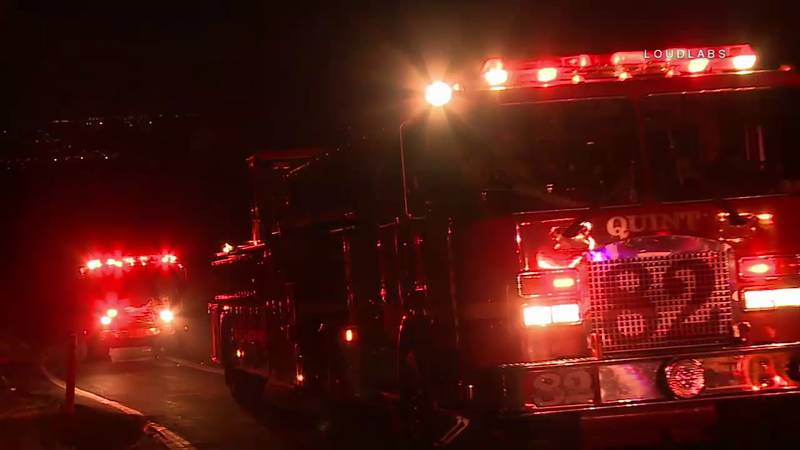 SYLMAR, LOS ANGELES (KABC) -- A baby was found safe at the home of a relative Tuesday after an unfounded report that the child had been thrown out of a vehicle and over a cliff near Sylmar, authorities said.

A 911 caller reported the purported incident at 12:50 a.m. in the area of Kagel Canyon and Lopez Canyon roads, according to the Los Angeles County Fire Department. Multiple agencies launched a search for the infant, whose age and gender were not disclosed.

Sheriff's deputies, the Montrose Search and Rescue Team and some 75 firefighters descended on the scene, assisted by a helicopter and K-9 units.

The child's parents were detained for questioning in connection with the matter. According to Deputy Tracy Koerner of the Los Angeles County Sheriff's Department, the father called authorities and said that, during an argument, the mother had claimed to have tossed the baby over the cliff.

The mother subsequently admitted she had not thrown the child out of her vehicle and that the baby was in fact at a family member's house, Koerner said.

Around 3 a.m., the Fire Department confirmed the baby was located at a home in the 8800 block of Willis Avenue in Panorama City.