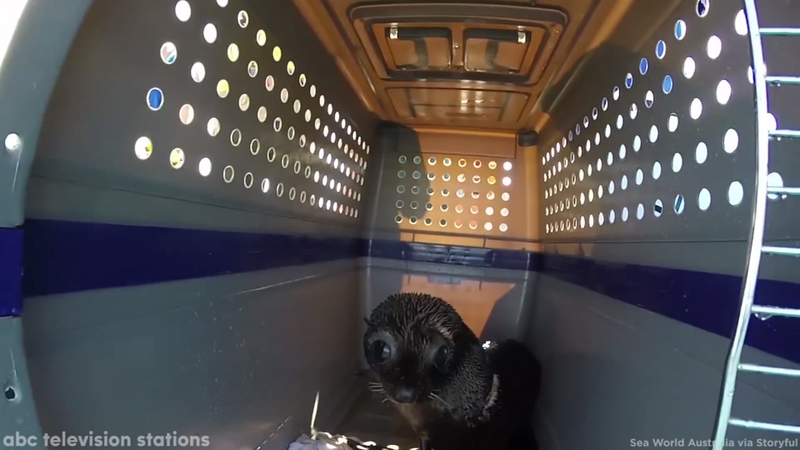 After an enormous effort that saw the collaboration between a theme park and the Australian government, four juvenile fur seals have been returned to their native waters.

Earlier this year, a pod of 14 eight-month-old seal pups were stranded on Queensland beaches in Australia after being washed far away from their native New South Wales (NSW) by extreme weather. Only four pups survived after being nursed back to health by experts at Sea World Australia.

Releasing the seals to a nature reserve island in NSW, however, required the assistance of the government.

"It's with the advancements of veterinary care and being able to provide a health certificate that guarantees the health of these animals to ensure they're not going to cause any problems with the colonies back there," Sea World marine sciences director Trevor Long said, according to the Australian Broadcast Company. "There is a fur seal colony on Montague Island, so to see these small, young animals fit back into that colony where there are animals of a similar age group is a wonderful thing."