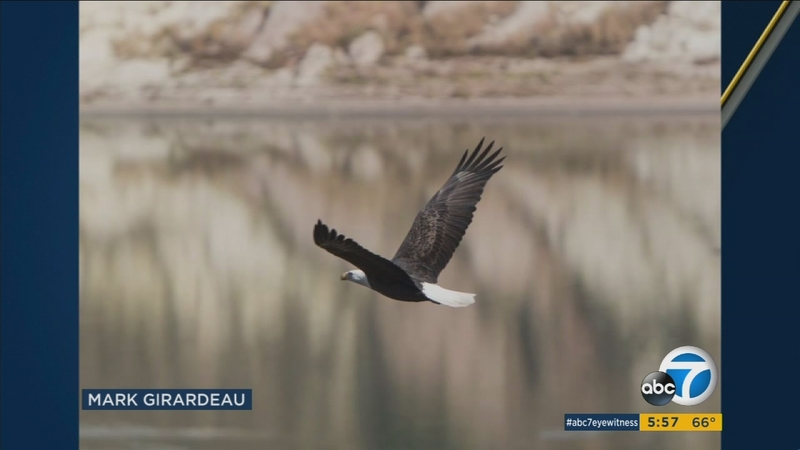 IRVINE, Calif. (KABC) -- Bald eagles, which were once almost extinct in Southern California, have taken up residence at Irvine Lake.

Photographer Mark Girardeau spends four to five hours every weekend at Irvine Lake waiting patiently for a bald eagle perched in a tree. He captures several shots of the national bird since he first spotted it in November.

He said he's seen four eagles in that spot: two adults, a 4-year-old bird and a 2-year-old.

Scott Thomas, a wildlife researcher with the Audubon Society, has been tracking the pair since 2007, when he said they began spending their winters at the lake.

Thomas said it's a welcome sight since bald eagles all but disappeared in the 1950s. The once endangered species was nearly wiped out by the pesticide DDT and hunting. But thanks to a ban on DDT and recovery efforts, the majestic bird is back.

Thomas said a higher water level and more fish would likely mean more eagles, but the drought is keeping that from happening.

For Girardeau, he is still waiting on the perfect shot - an eagle grabbing a fish out of the water.